Photos of the Southwest Airlines flight attendant who was pummeled by an unruly passenger have surfaced online.

On Sunday, 28-year-old Vyvianna Quinonez was escorted off a Southwest flight at the San Diego International Airport and arrested for battery causing serious bodily injury in connection to the incident, according to the San Diego Harbor Police Department.

Just before 9 a.m., the Port of San Diego Harbor Police Department received reports of a "disturbance on Southwest Airlines Flight 700" that landed at the San Diego International Airport from Sacramento. 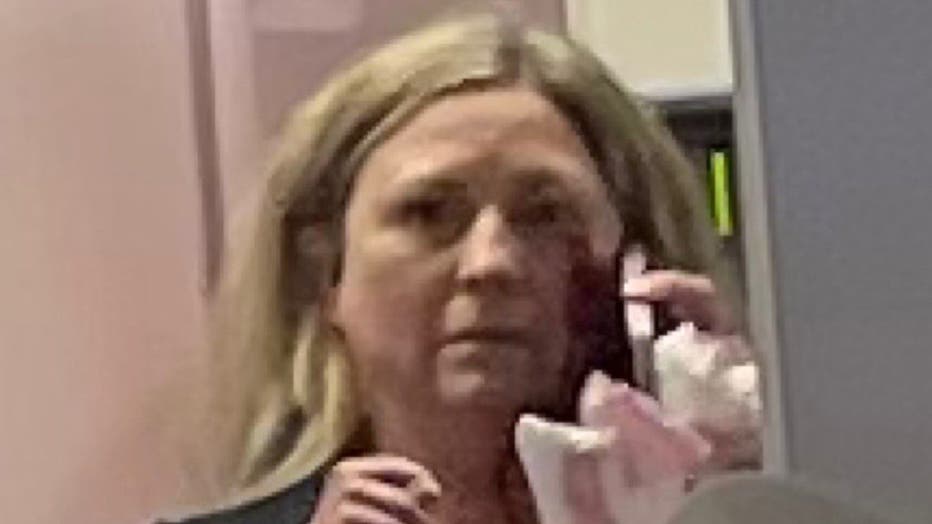 Southwest told Fox News the airline had been informed that the passenger had "repeatedly ignored standard inflight instructions and became verbally and physically abusive upon landing."

Taking the brunt of her anger was one of the flight attendants who suffered "injuries to the face and a loss of two teeth," TWU Local 556 President Lyn Montgomery said in a letter to the airline that was obtained by Fox News.

Shortly after, images began circulating on Twitter from user MikuniTaro that showed blood on the flight attendant's face.

"They started to argue and the passenger stood up and punched the flight attendant in the face and knocked her out," passenger Taro Arai, who was on the same flight and witnessed the incident, told Fox News. 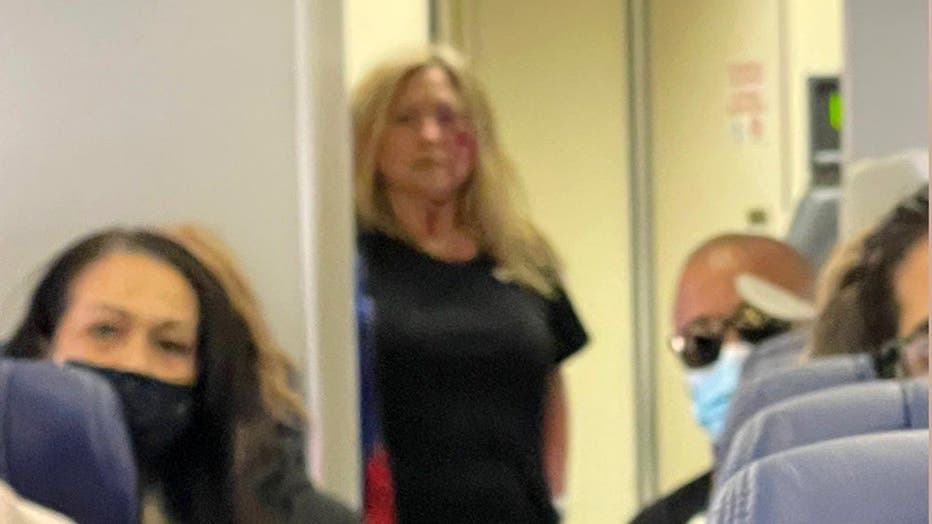 Arai said the ruckus started as the plane was landing in San Diego over "small things like wearing the seat belt and put (sic) up the tray table."

Another image shows the flight attendant being escorted off the flight in a wheelchair.

"Crazy thing was after that, the passenger sat down like nothing happened and the flight attendant was standing and watching us," he added. 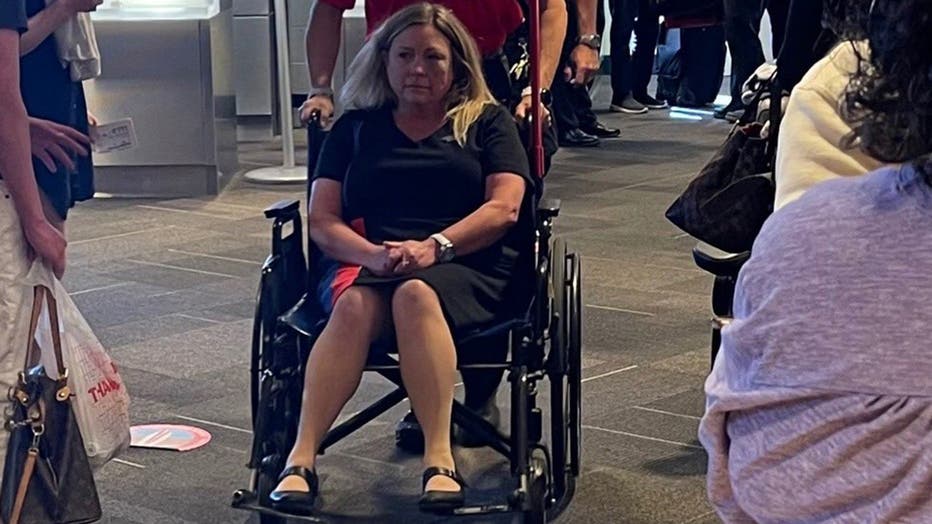 According to police, paramedics from the San Diego Fire Department transported the flight attendant to Scripps Memorial Hospital after the incident while Quinonez was booked into the Las Colinas Detention Facility.

Montgomery said the latest in-flight event is just one of the hundreds of misconduct incidents that have occurred on Southwest flights in recent weeks.

"I write to you today because we cannot tolerate our beloved cohearts being abused in such a manner, and because I am asking for your help and leadership in ending these travesties," the letter said.

The union said there have been 477 incidents on Southwest from April 8 to May 15.