Scientists who argue for Pluto to be classified as a planet are getting more ammo for a debate that has raged over the last 15 years.

A team of researchers published a study in the scientific journal "Icarus" that makes the case for Pluto and other objects in our solar system to be elevated to the status of a planet.

Pluto had been considered our solar system’s ninth planet since its discovery in 1930. But in 1992, astronomers discovered Pluto’s small, icy neighbors in what has become known as the Kuiper Belt.

One of those neighbors is a celestial body named Eris. A debate raged on about whether to add Eris as the solar system’s 10th planet.

But in 2006, the International Astronomical Union (IAU) established new criteria that disqualified Pluto from planet status — relegating it and its neighbors to being classified as dwarf planets.

According to the IAU, a planet must be a sphere, orbit the sun and have enough gravity to clear its orbit of other objects. Being round and an orbiter of the sun, Pluto satisfies two of those requirements.

But Neptune's gravity influences Pluto. And the dwarf planet also shares its orbit with other objects in the Kuiper belt. 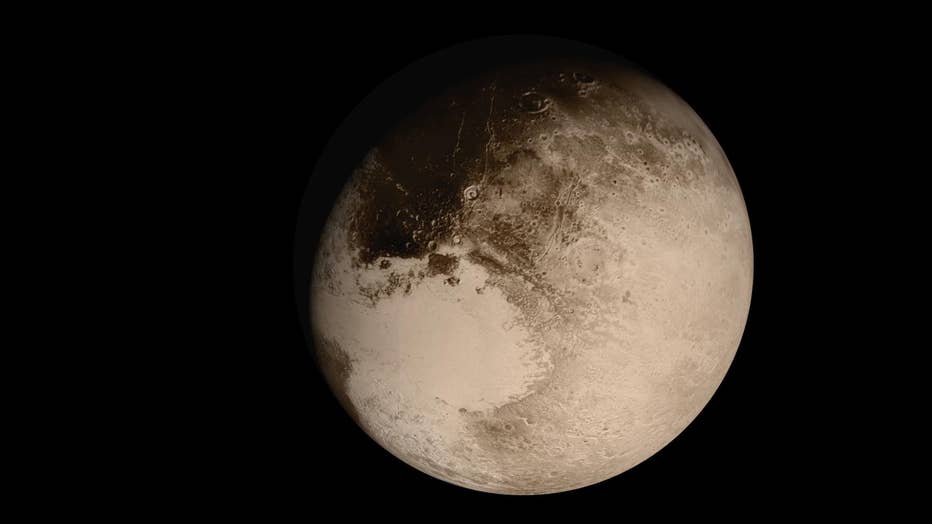 This dramatic view of the Pluto system is as NASA's New Horizons spacecraft saw it in July 2015. (Source: NASA)

Authors of the recent study argue that the IAU’s definition is often panned by planetary scientists, who prefer to use a concept of a planet that is "fundamentally geophysical/geological, not limited by the current orbital status of a body."

"A planet is a condensate of intermediate size where physics produces complexity in geology, mineralogy, chemistry, and possibly atmospheres, oceans, magnetospheres, biology, and more, making this planet concept not just an arbitrary definition but one of the most important alignments with explanatory insight in all of science," the study said in its conclusion.

There’s evidence to support a rejection of the IAU’s planetary definition by scientists, though which side holds a majority opinion remains unknown.

Speaking at the University of Colorado in 2019, former NASA Administrator Jim Bridenstine said he falls in the camp that considers Pluto a planet, FOX News reported.

"Just so you know, in my view, Pluto is a planet," Bridenstine said. "You can write that the NASA administrator declared Pluto a planet once again. I’m sticking by that, it’s the way I learned it and I’m committed to it."

Efforts to reach the IAU for comment were not immediately successful.