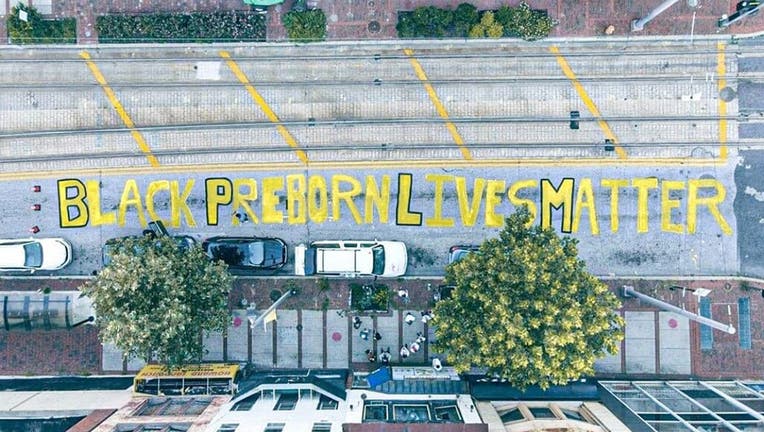 BALTIMORE, Md. - Authorities allowed anti-abortion students to paint the phrase "Black Preborn Lives Matter" outside of a Planned Parenthood facility in downtown Baltimore on Saturday, with coloring that is designed to wash off in the rain.

Members of Students for Life of America (SFLA) joined forces with the Frederick Douglass Foundation and Human Coalition Action, to plan the event and paint the statement.

Police were on the scene, but only to observe, as the mural was being created. They chose not to issue citations and took no official action, The Baltimore Sun reported.

“[The message] will remain here unless the city wants to come take it out, and that would be outside the police department,” Police Sgt. Vincenzo Julio told The Sun. 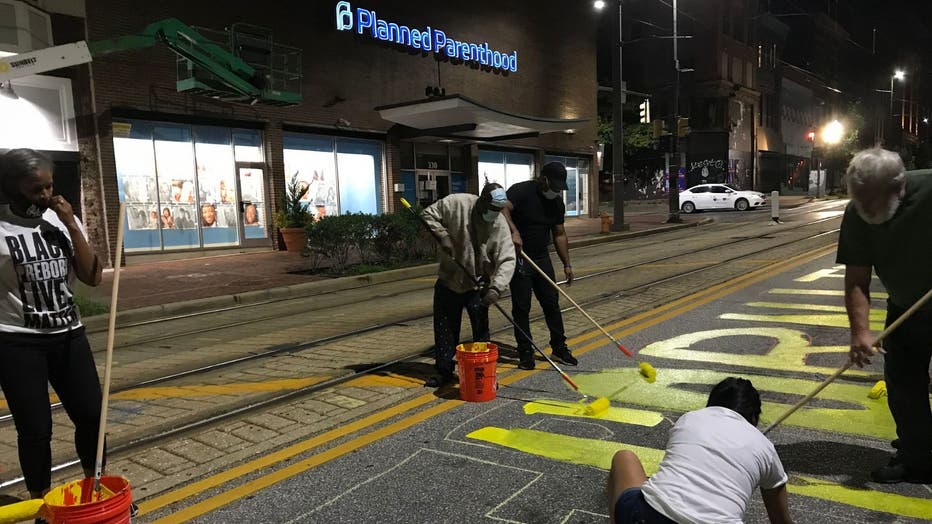 The city Department of Transportation and other local leaders usually approve of such a design, after a group has submitted a detailed proposal of what it would like to depict.

Michele Hendrickson, who serves as East Coast regional director for SFLA, said he was grateful for the restraint shown by local law enforcement in the name of fairness, adding that the First Amendment is still alive and well.

“We’re thankful for the fair and equal treatment we’ve received in being allowed to practice our right to free speech in this city,” Hendrickson said after officers left the scene.

This news comes after two people were arrested outside of a Planned Parenthood in Washington, D.C. last month and charged with defacement of property, for beginning to write the same anti-abortion phrase as their Baltimore counterparts.

Police later claimed the individuals who were arrested had not obtained the proper permit required to paint the message.

According to SFLA spokesperson Kristi Hamrick, both the group's permit request -- and a separate letter to D.C. Mayor Muriel Bowser -- stated the organization's intent was to paint on the street outside the Planned Parenthood office.

SFLA declined to provide the permit to Fox News, stating it was given to the group's legal team. MPD directed Fox News to make a Freedom of Information Act (FOIA) to pursue any further details.