A slow police chase ended in a crash and a lengthy standoff in Montebello.

SkyFOX was over the chase that lasted nearly 30 minutes, which consisted mostly of the suspect minivan driving slow and in circles across Montebello.

After crashing the minivan, a standoff took place as the suspects refused to get out of the vehicle.

The minivan had an advertisement for a Mariachi band on the rear windshield. FOX 11 made calls to the Mariachi company but the line was busy.

A police chase is underway involving a possible hit-and-run suspect in Montebello. 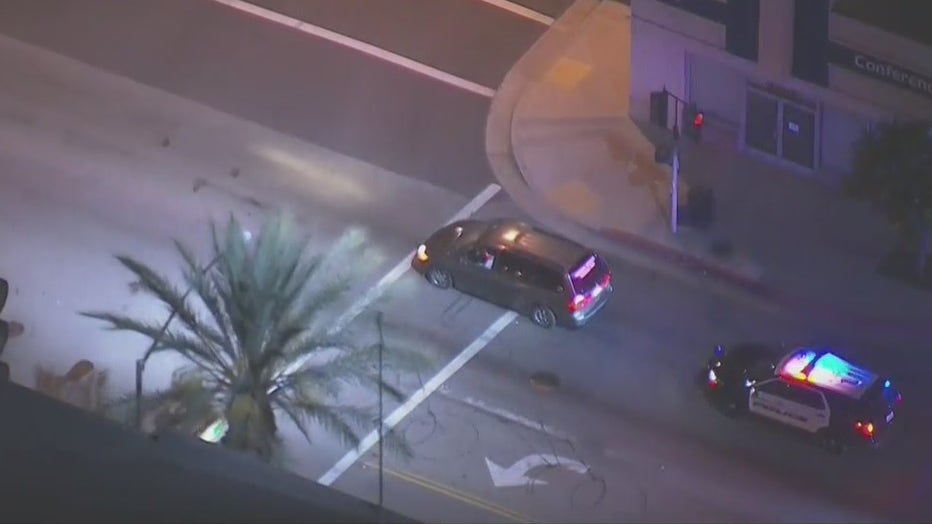 The suspect vehicle was initially wanted for a hit-and-run crash. Officials did not say which crash the suspect(s) were wanted in connection to.