Tempe Police received reports of a shooting near McClintock and University Drive, while Scottsdale Police found a car believed to have been involved at Hayden and Osborn.

TEMPE, Ariz. - Tempe Police are investigating two scenes they believe are connected to the same shooting.

On Dec. 4, police responded to reports of a shooting at an apartment complex near McClintock and University Drive. Officers didn't find anyone, and witnesses say a man claiming to be shot drove away.

Later that night, Scottsdale Police found a car believed to have been involved at Hayden and Osborn. The driver of the car was a man in his 20s who had a gunshot wound.

The man, who was not identified, was taken to the hospital in stable condition. 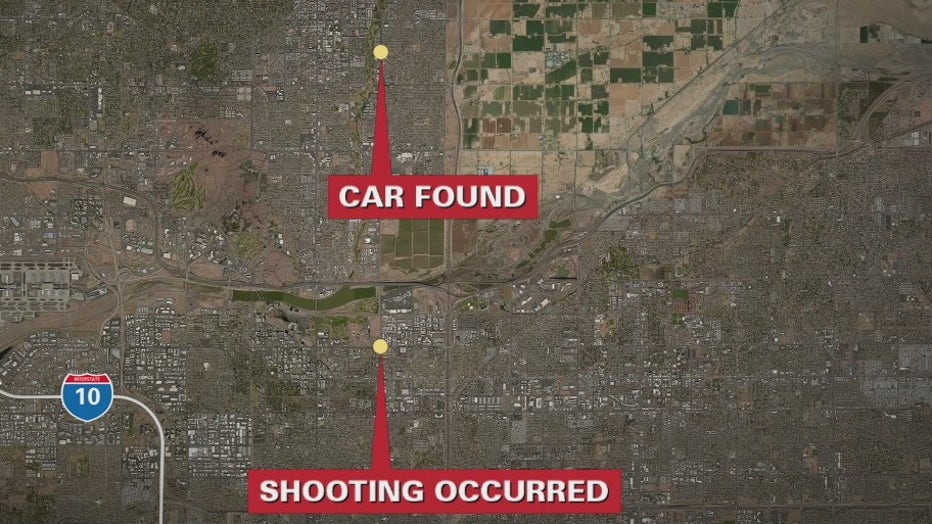