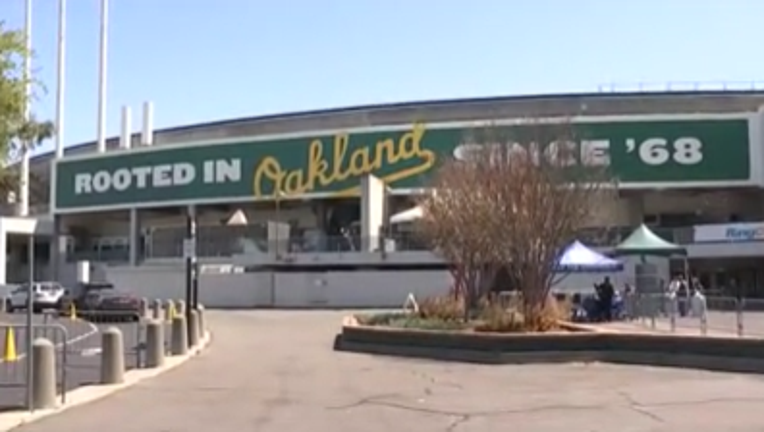 OAKLAND, Calif. - Oakland police are investigating a couple who was allegedly caught on camera engaging in sexual activity in the stands during an Oakland A's game.

The A's were taking on the Seattle Mariners on Sunday when a fan in attendance tweeted this video showing two fans sitting by themselves in section 334 of RingCentral Coliseum engaging in what appears to be a sexual act.

Oakland police told TMZ they are now investigating the activity. "The Oakland Police Department was not alerted to this until after the game," the spokesperson told TMZ, "and we have initiated an investigation."

If charged and convicted, the couple could be penalized with up to six months in jail and a fine of $1,000.