There's no description on the sedan driver who fled the scene besides being in their late teens or early 20s, and the car is described as a white 4-door sedan.

Jonathan Quezada, owner of Elite Wheels and Tires, called 911 after he says the victim pleaded for help after running into his nearby business.

"I was in the back looking for some tires for a customer and well, I heard a guy come in like screaming. He was like talking about how he got shot," he said. "Just right there, so it was just like right in the cross street, and he came running."

Quezada said it looks like he was shot in the stomach.

"He just came in screaming that he just got shot in the street and he was holding his hand over his stomach because he was bleeding, and he had some holes in his stomach," he said.

Quezada says he and his employees immediately called 911 and tried to help the man until first responders and an ambulance arrived. He believes the victim was hit three times.

"He was just like, ‘Call my wife … tell them I love my wife and my son,’" Quezada said.

Anyone with information about this incident is asked to call Glendale Police at 623-930-3000. 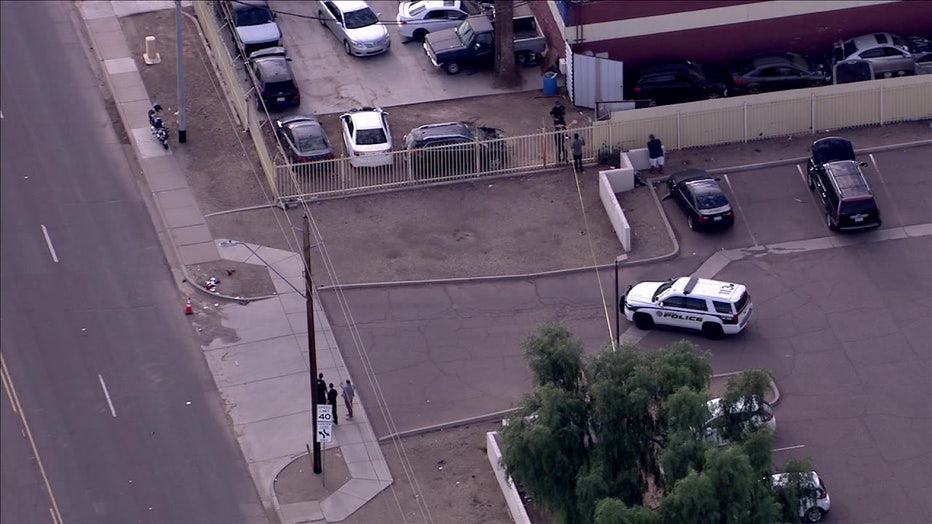