Police arrested a Boston man for allegedly burning an American flag, throwing it onto a police vehicle and spitting on an officer.

BOSTON - By law, flag burning is a protected form of speech in the United States, but police said that’s not what got Daniel Lucey taken into custody Sunday evening.

Police said several concerned citizens alerted officers to a man burning Old Glory, then throwing the flaming banner onto one of the department’s prisoner transport wagons.

According to a news release, officers confronted Lucey, who told them he was doing this as a form of protest. 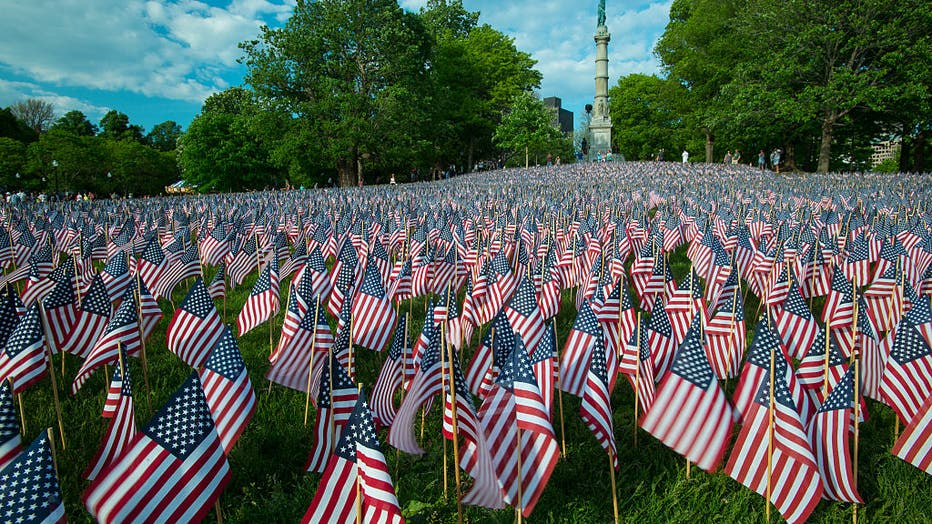 FILE - 37,000 American flags placed on Boston Common for Memorial Day, to honor Massachusetts residents who died in service to the United States since the Civil War. The flags where placed in front of the Soldiers and Sailors Monument on Boston Commo

Investigators noticed more flags in his possession, noting that they resembled the flags planted in front of the Soldiers and Sailors Monument over Memorial Day weekend.

During questioning, police said Lucey spat at one of them, even landing saliva on an officer’s shoe.