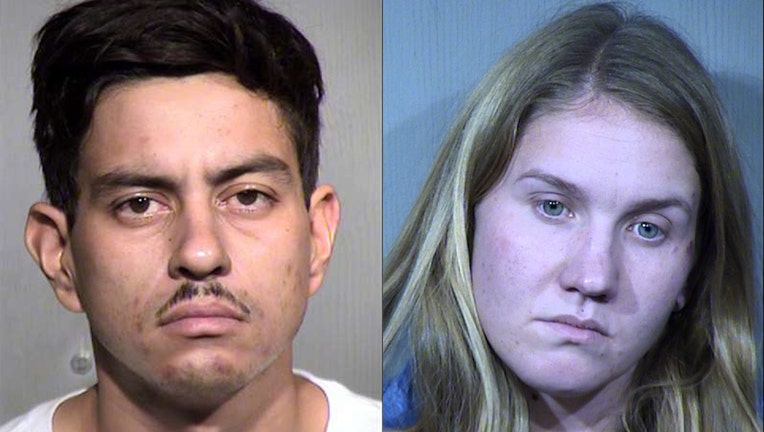 QUEEN CREEK, Ariz. - Officials with the Goodyear Police Department say the two suspects connected to an officer-involved shooting in Queen Creek Friday night were wanted for over 100 alleged felony offenses.

According to a statement, the suspects, identified as 30-year-old Brian Garduno of Goodyear and 27-year-old Megan Elizabeth Review of Show Low, were booked into the 4th Avenue Jail. An investigation began on December 11, 2019, following a shoplifting incident at a store in Goodyear. As officers responded to the call, the suspect's car was found, and officers attempted a traffic stop. The car, however, managed to flee from officers.

During a follow-up investigation, officials said the car was found to be stolen, and that Garduno and Review were wanted and accused of over 100 felony offenses in relation to 41 cases of theft and shoplifting throughout the Valley. The incidents reportedly resulted in over $25,000 in losses.

The car, according to Goodyear Police, was found in the East Valley on January 24, and an operation was carried out to arrest the two. The car was followed to a store at Queen Creek Marketplace, where officers observed the suspects entering the store. Detectives then tried to take the two into custody, when the shooting happened.

Goodyear Police say Garduno and Revier are accused with a number of offenses.