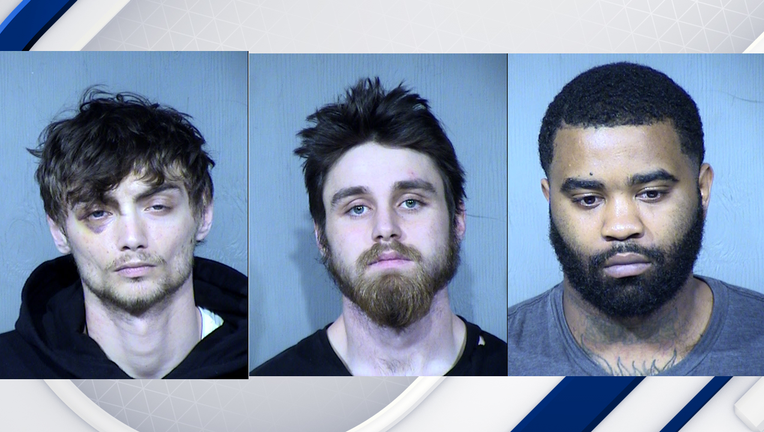 TEMPE, Ariz. (AP) - Three Tempe men are accused of robbery and kidnapping after they allegedly threatened a woman over a lost cellphone, according to police.

According to court records, the woman told police she found a lost phone and that it got a call from an unknown man.

The man reportedly told the victim he knew the owner of the phone and they would call her back to make arrangements to retrieve the phone.

Instead, the woman said she received a threatening text message and three men in an SUV pulled up in front of her house.

One of the men allegedly pointed a handgun at the victim, demanding she give him his iPhone back as well as her cellphone and money and she was dragged into the SUV.

In the process, she dropped the iPhone and the men grabbed it and drove off.

Police called the cellphone’s number and located the men, who have been identified as 23-year-old Kendale Smith, 22-year-old Ethan Mcguire and 22-year-old Brock Nelson.

It was unclear Wednesday if any of the men have a lawyer yet.