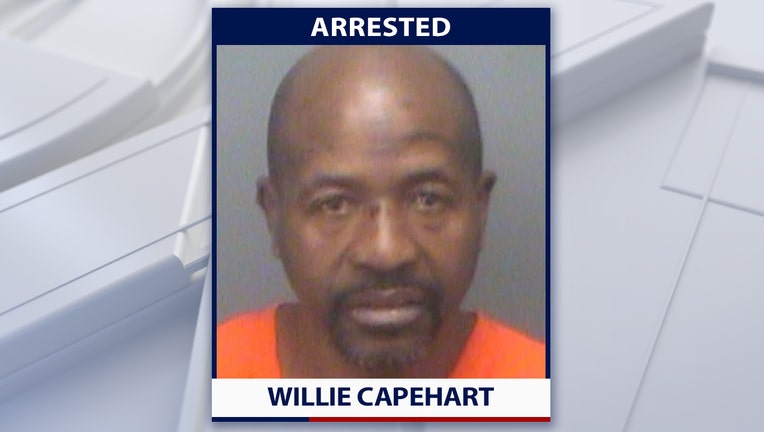 ST. PETERSBURG, Fla. - St. Petersburg police have arrested Willie Earl Capehart, 62, after they say he threw a 14-week-old puppy against a wall while he was supposed to be babysitting.

According to an arrest report, the children Capehart was supposed to be supervising said they found blood on the wall and their puppy thrown in the corner of a room following a loud bang and the sound of a door slamming.

The puppy was throwing up, unable to move and was having accidents after being thrown, according to the arrest report.

After the incident, police say Capeheart, who was under the influence of alcohol, left the children alone.

An emergency vet said the puppy suffered serious head trauma and would be permanently blind.

The children’s guardian, who also owns the puppy, said she wants to press charges against Capeheart and that the kids shouldn’t have been left alone.