A recall effort of California Governor Gavin Newsom appears to be gaining momentum, fueled partly by outrage over the first-term Democrat dining with friends at an opulent restaurant while telling state residents to spurn social gatherings and stay home.

LOS ANGELES - California Gov. Gavin Newsom has had a rough year. The next one might be even tougher as a recall effort appears to be gaining momentum, fueled partly by outrage over the first-term Democrat dining with friends at an opulent restaurant while telling state residents to spurn social gatherings and stay home. 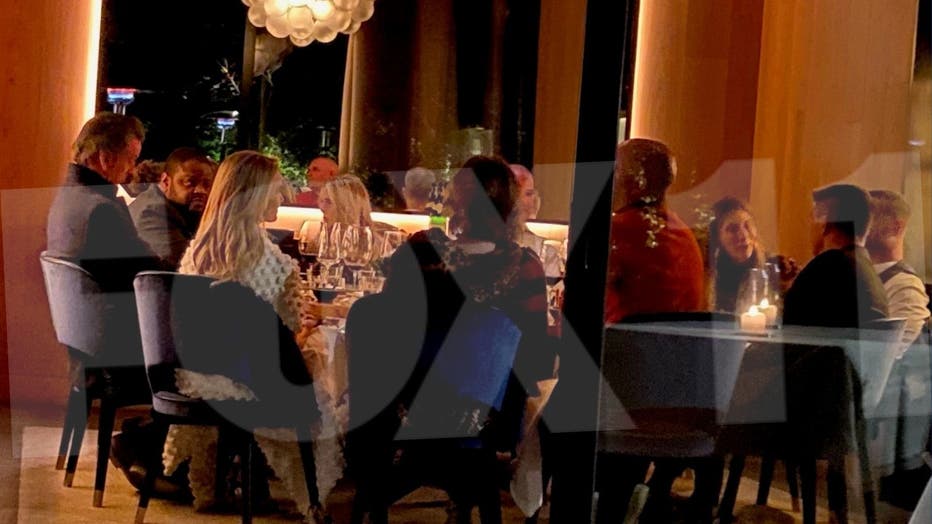 It’s not uncommon in California for residents to seek recalls but they rarely get on the ballot — and even fewer succeed. Several launched against Newsom faded but another attempt is drawing greater attention as his fortunes change while he enters a critical stretch in his governorship.

Newsom received high praise for his aggressive approach to the coronavirus last spring, when he issued the nation’s first statewide stay-at-home order. Now there is growing public angst over subsequent health orders that have shuttered schools and businesses and a massive unemployment benefits fraud scandal, while a public shaming continues for his ill-advised dinner at the French Laundry in Napa Valley, an establishment that features a white truffle and caviar dinner for $1,200 per person.

Photos of the dinner — a birthday party for a Newsom confidante who also is a lobbyist — emerged showing the governor without a mask at a time when he was imploring people not to socialize with friends and wear a face covering when going out and around others.

Recall organizers say they have collected more than half the nearly 1.5 million petition signatures needed to place the recall on the ballot, and they have until mid-March to hit the required threshold.

Randy Economy, a senior adviser to the recall effort, said there was a surge of several hundred thousand petition signatures after Newsom’s restaurant debacle last month. “It has resonated. It’s about the arrogance of power,” he said.

Newsom appears to be getting on campaign footing. He has hired veteran Capitol insider Jim DeBoo as a senior adviser, which could help him repair frayed relationships with legislators and bring sharper political instincts to his office. Newsom also just named Dee Dee Myers, a former Warner Bros. executive and White House press secretary for President Bill Clinton, as director of the Governor’s Office of Business and Economic Development.

The prospect of a recall election is reviving memories of California’s circus-like 2003 recall, in which voters installed Arnold Schwarzenegger as governor after deposing the unpopular Democrat Gray Davis. There were 135 candidates on the ballot, including Hustler publisher Larry Flynt and former child actor Gary Coleman.

If the recall qualifies, Newsom would be forced to fend off rivals in the midst of a pandemic that has cost the state millions of jobs, cored government budgets and upended life for nearly 40 million residents.

The campaign could sap his focus just as the state manages the complex project of vaccinating millions of residents while rebuilding its virus-wounded economy. California continues to deal with other risks, from deadly wildfires to a homelessness crisis in big cities.

"He’s got a plate of Biblical plagues staring him in the face," said Garry South, who was Davis’ chief political adviser.

Still, South sees Newsom in a far stronger position to survive a challenge compared to the political climate 17 years ago when Davis was pushed out. A Republican hasn’t won a statewide race in California in 14 years, and there is no Hollywood superstar emerging as a potential candidate.

"A recall (election) is never good, obviously," South said. But "the Republicans are in a far weaker position" than in 2003.

For the telegenic, 53-year-old Newsom, a recall election could unsettle a political ascendancy that many see aimed for the White House. A closer-than-expected race could hurt the former San Francisco mayor’s national profile as well as make him look vulnerable for 2022, when he is expected to seek a second term.

Recall organizer Orrin Heatlie, a retired county sheriff’s sergeant, predicted they would gather the needed signatures, though added an infusion of cash would help.

State records show just under 300,000 signatures have been filed, though Economy said another 500,000 are in the pipeline with county election officials.

The group began gathering signatures in June and have about three months to hit the required 1,495,709 signatures. They will need a surplus since some signatures are sure to be disqualified.

The 2003 recall took off after Republican U.S. Rep. Darrell Issa, a car-alarm magnate, poured $1.7 million of his fortune into the campaign to get the proposal on the ballot.

Organizers this year estimate they would need $2.8 million to hire professionals to gather another 800,000 signatures, at a price of $3.50 each.

State records show Cox donated $50,000 to the recall campaign in October, but at this point he has no plans to invest more.

"I’m not going to be Darrell Issa,” he said. “If there were a whole bunch of other people that stepped up and helped, I’d probably help some more."

If he faces a recall, Newsom would have advantages. He would have no donation limits on his fundraising, opening the way for a record flood of cash to defend his seat. Democrats have a nearly 2-to-1 advantage in registered voters.

The potential election could also increase the chances he picks longtime friend and Secretary of State Alex Padilla to fill the U.S. Senate seat that will be vacated by Vice President-elect Kamala Harris. Facing uncertainty, Newsom needs a loyalist in Washington who will embrace his priorities, including securing federal funds for the virus and wildfires.

Newsom’s advisers are carefully watching the signature count and depict the effort as a President Donald Trump-inspired tactic to alter the election calendar in hopes of gaining political advantage.

Voters, they say, want the governor to remain focused on the pandemic.

"There are a lot of ambitious Republicans who want to be governor but would rather not play by the rules," Newsom political strategist Dan Newman said.

State Democratic Party Chairman Rusty Hicks said in a statement that "the California Republican Party continues to demonstrate how disconnected they are from the plight and pain of working families."

If it qualifies, state rules are not specific on when the election would occur. Recall organizers hope the date would be scheduled in July or August.

Former top Davis aide Susan Kennedy warned that “you just can’t underestimate the depth of people’s anger” but added that Newsom has time to recast his legacy.