KNOXVILLE, Tenn. - Regal Cinemas, the country’s second-largest theater chain, said it will begin to reopen its U.S. locations on Aug. 21.

Cineworld, the parent company of Regal, made the announcement Monday on the same day that Warner Bros. said it would launch Christopher Nolan’s sci-fi thriller “Tenet” in international markets on Aug. 26 and on Sept. 3 in North America.

“Welcoming theatergoers back to our cinemas will be a celebration for not only our team and our industry, but most importantly for the fans who have been anxiously awaiting the year’s upcoming releases,” said Mooky Greidinger, CEO of Cineworld. “With the health and safety of our staff, customers and communities as our top priority, we are happy to invite audiences to return to the timeless theatrical experience that we have all dearly missed.” 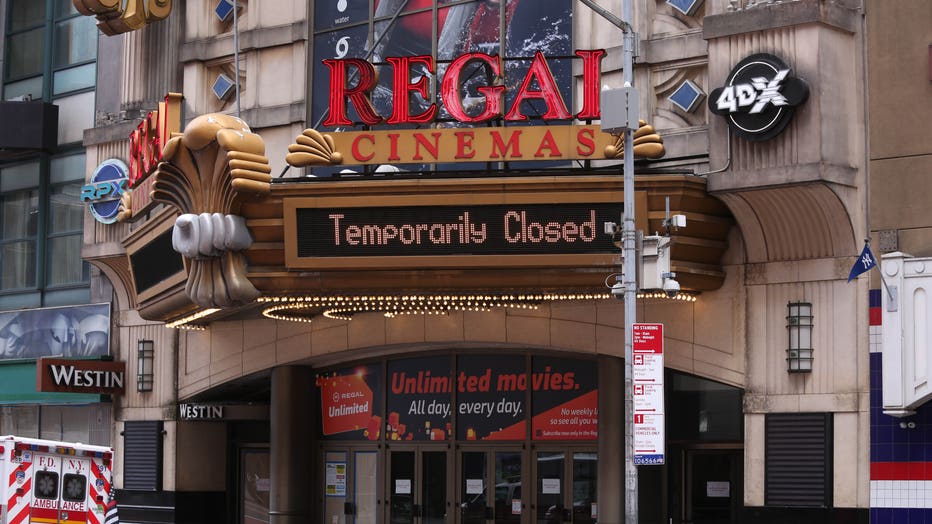 A Regal Cinemas is closed during the coronavirus pandemic on May 3, 2020 in New York City. (Photo by Rob Kim/Getty Images)

Major movie theater chains, including Regal, AMC Theatres and Cinemark, closed their locations in mid-March due to the coronavirus pandemic. The theater closures resulted in movie studios delaying their release dates of many highly-anticipated films, including “Tenet,” “Wonder Woman 1984,” “A Quiet Place Part II” and more.

RELATED: Missing movies? Here are some of the big summer films that were delayed due to the COVID-19 pandemic

Regal, which operates 539 theaters in 42 U.S. states, also said will enforce the previously announced health and safety measures that adhere to the latest public health guidelines, including sanitation procedures, social distancing protocols, and mandatory mask policies for employees and patrons.

AMC Theaters, the world’s largest movie chain, previously announced it would resume operations at its U.S. locations in “mid-to-late August.” Approximately one-third of AMC’s international theaters are already open in Europe and the Middle East, the company said.

Cinemark has also begun a phased reopening of its U.S. theaters.

More than 40 states are permitting indoor cinemas to open with varying restrictions, according to July 24 data shared by Variety. But movie theaters in large markets such as New York and Los Angeles have not yet been given approval to reopen by their local health departments.