Richard Trumka, the longtime president of the American Federation of Labor and Congress of Industrial Organizations (AFL-CIO), has passed away at the age of 72.

"The working people of America have lost a fierce warrior at a time when we needed him the most," an emotional Schumer said. "Just yesterday, Rich was lending his support to the striking miners in Alabama." 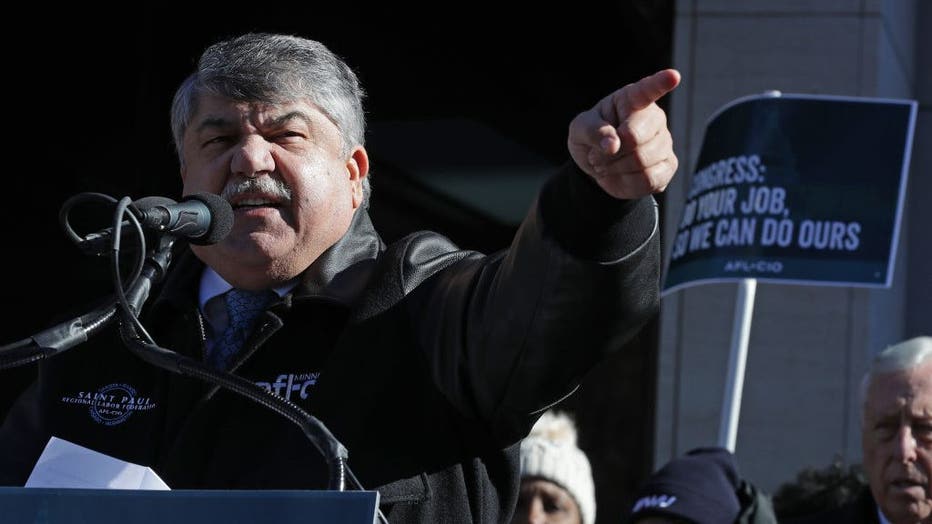 AFL-CIO President Richard Trumka addresses a rally against the partial federal government shutdown with hundreds of federal workers and contractors outside the headquarters of the AFL-CIO on January 10, 2019, in Washington, DC. (Photo by Chip Somodev

"The labor movement, the AFL-CIO and the nation lost a legend today. Rich Trumka devoted his life to working people, from his early days as president of the United Mine Workers of America to his unparalleled leadership as the voice of America’s labor movement. He was a relentless champion of workers’ rights, workplace safety, worker-centered trade, democracy and so much more. He was also a devoted father, grandfather, husband, brother, coach, colleague and friend. Rich was loved and beloved. Today, the 56 unions and 12.5 million members of the AFL-CIO mourn the passing of our fearless leader and commit to honoring his legacy with action. Standing on Rich’s shoulders, we will pour everything we have into building an economy, society and democracy that lifts up every working family and community."

Trumka, who grew up in Nemacolin, Pennsylvania, led one of the largest labor unions in the nation since 2009 when he was elected to the position.  The son and grandson of coal miners, Trumka as a miner while attending Penn State University.

In 1983, he was elected as the president of the United Mine Workers of America. He successfully led a strike against the Pittston Coal Company, which tried to avoid paying into an industry-wide health and pension fund, the union's website said. Those rights were reinstated in 1990.

President Joe Biden called Richard Trumka "a close friend" who was "more than the head of AFL-CIO." (Source: Pool via FOX Edge)

In his later years, he found himself as an ally of Presidents Barack Obama and Joe Biden. On Thursday, Biden called Trumka "a close friend" who was "more than the head of AFL-CIO." He apologized for being late to a meeting with Asian American, Native Hawaiian and Pacific Islander civil rights leaders, saying he had just learned Trumka's death.

Trumka worked with the Trump administration on crafting the U.S. Mexico Canada Agreement and eventually endorsed the rewrite of the North American Free Trade Agreement.

This story was reported from Atlanta. FOX Business contributed to this report.