Ringling circus to return without animals

PALMETTO, Fla. - "The Greatest Show on Earth" is making a comeback.

Feld Entertainment, which is based in Manatee County, announced Wednesday that the Ringling Bros. and Barnum & Bailey circus will debut in the fall of 2023 — without animal acts.

"It’s an exciting opportunity and occasion to us to be reintroducing Ringling," said Juliette Feld Grossman.

The move comes after the circus ended its 146-year run back in 2017 due to declining ticket sales and backlash from animal rights groups.

Where before, the circus had always made animals the star of the show, the company says its performers will be taking center stage as part of the big top comeback.

"We are assembling the production that will support and amplify and build on that to be the Greatest Show on Earth," said Juliette Feld Grossman, the Chief Operation Officer for Feld Entertainment breathing new life into the family business.

A global talent search is underway for the new U.S. tour, which they say will feature performers from around the world "displaying incredible feats that push the limits of human potential and create jaw-dropping moments." The company said they have already received more than 1,000 applications. 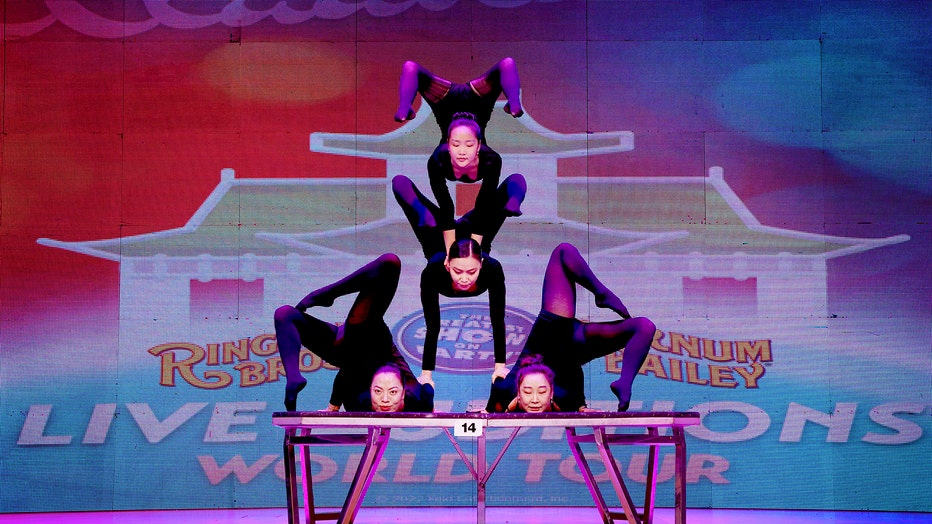 The 360-degree show will incorporate new technology to make the performances an interactive experience for each audience, the circus said.

The circus will focus on telling each individual performer’s story.

"In the body of the show, we will tell these stories about who the performers are, where they came from, how they’ve trained and the grit and determination that’s gone into become part of the Greatest Show on Earth," she said.

Officials hinted at the comeback late last year, acknowledging then that its return would not include animals.

PREVIOUS: ‘The Greatest Show on Earth’ could be coming back - with one big change

Ringling had been targeted for years by activists who said forcing animals to perform is cruel and unnecessary.

In May of 2016, after a long and costly legal battle, the company removed its iconic elephants from the shows and sent the animals to live on a conservation farm in Central Florida.

Attendance had been dropping for 10 years, said Juliette Feld, whose family bought the circus in 1967. But when the elephants left, there was a "dramatic drop" in ticket sales. Paradoxically, while many said they didn't want big animals to perform in circuses, many others refused to attend a circus without them.

The show officially came to an end in 2017, with the remaining animals sent to various homes and facilities.

The show has been apart of families for generations and apart of neighboring city, Sarasota.

"Many generations again will get to bring their family to Ringling Bros. and Barnum and Bailey Circus," said Nock. "The Greatest Show on Earth. The name says it all."

As times continue to change, Feld Entertainment hopes to awe, captivate and energize audiences for another 150 plus years.

"I can’t wait to see what they create that inspires generations to come," said Nock.

Rehearsals are set to begin June 2023 for a 50-city North American tour, with tickets going on sale next April.