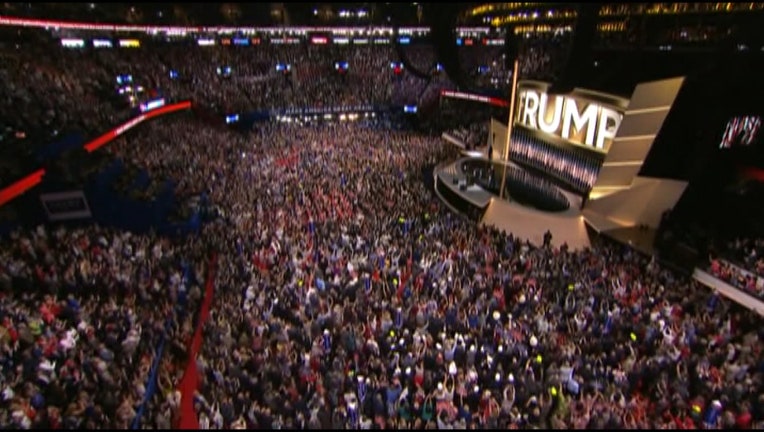 JACKSONVILLE, Fla. - President Donald Trump vowed to move the Republican National Convention from Charlotte after the governor of North Carolina couldn't guarantee the venue would be at full capacity by August. According to the Washington Post, it may be in Florida.

Three Republican officials, with knowledge of the plans, said the political party "tentatively" settled on Jacksonville as the new destination, the newspaper reports. However, they are still trying to determine whether the city has enough hotel rooms to accommodate.

According to WJXT, tourism officials said the city could handle the event, which could draw up to 80,000 visitors. Orlando has also been mentioned as a possible city for the major event.

Georgia has been pitching itself as a possible host, along with Texas, Oklahoma and Tennessee. The Republican National Committee Chairwoman, Ronna McDaniel, said a decision will likely be announced in the next week.

RELATED: Florida among states in the running to host Republican National Convention after Trump pulls plug on NC

Meanwhile in North Carolina, Republican lawmakers in the state are planning to vote this week on a measure that would allow Trump to speak in front of a packed Republican National Convention without some of the restrictions officials have required elsewhere to stop the coronavirus.

During a Monday news conference, Governor Roy Cooper called the proposal “irresponsible” and suggested state lawmakers do not have a role in the decision-making process.

“What we need to do is continue our conversations with the RNC,” Cooper said, referring to the Republican National Committee, which runs the convention.

A draft of the bill, authored by Republican State Rep. John Torbett of Gaston and circulated last week by North Carolina Republican Party chairman Michael Whatley, calls for convention events in Charlotte to be held at full capacity, just as Trump had demanded from Cooper.

Cooper refused, saying the convention in August would have to be scaled down to protect public health. In response, Trump announced plans to hold his speech elsewhere.

The bill would require attendees to complete both pre-attendance and daily health surveys and have their temperatures taken prior to entry. But it would not require face masks or 6 feet (1.8 meters) feet of physical distancing.

“If they choose to gather in close proximity without any protection, they have the option to do that under their own personal responsibility,” said Torbett, who added that restrictions could be added or reduced at a later date.

The Republican National Committee plans to keep its official business meetings in Charlotte.

The RNC is scheduled to begin on August 24 and conclude on August 27.