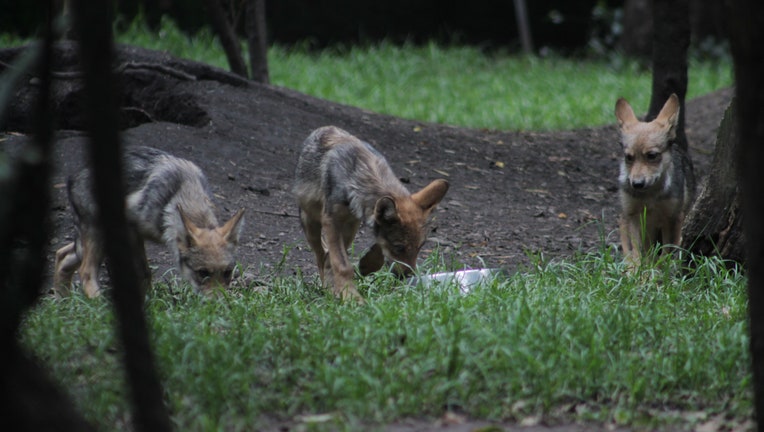 PHOENIX - One Mexican gray wolf died after being caught in a trap in April and another was found dead in the wild, bringing the total to more than a dozen of the endangered predators that died in the first four months of the year in New Mexico and Arizona.

Environmentalists say a combination of lethal management by U.S. wildlife officials and private trapping is making it difficult to recover the species.

But ranchers say they face constant pressure from the wolves, pointing to the more than two dozen cattle that were killed just last month.

The latest wolf and livestock deaths come as the U.S. Fish and Wildlife Service begins wading through the process of revamping a rule that guides management of wolves in the Southwest.

The public has until June 15 to comment on the issues to be considered by officials. So far, nearly 800 comments have been submitted.

Some say it’s shaping up to be a deadly year for the wolf following an encouraging survey that found more wolves in the wild last year than at any time since efforts began more than two decades ago to reintroduce wolves along the New Mexico-Arizona border.

At least 163 wolves were counted during the survey that wrapped up in February. That marks a nearly 25% jump in the population from the previous year and puts wildlife managers about halfway to meeting the goal set for declaring the species recovered.

Monthly reports show 10 wolves have died in the first four months of 2020. That doesn’t include the alpha female of the Prieto Pack of wolves in New Mexico that died after being trapped in late April and four others that were killed in March due to livestock issues.

“It demonstrates the vagaries of the program and how quickly things can turn bad for the wolves,” Bryan Bird, the southwest program director for Defenders of Wildlife, said Tuesday.

He said changes to the management rule now under revision could address these ups and downs by limiting the circumstances in which wolves can be lethally or non-lethally removed from the wild and addressing trapping on public lands in the wolf recovery area.

Michael Robinson with the Center for Biological Diversity said one problem that has been ongoing for years is the wolves feeding on live cattle after being drawn in by the carcasses of cows that die from other causes. He’s among those who have been pushing for a requirement for ranchers to remove carcasses as one way to avoid conflict.

“Though the feds claim they’re looking at the population as a whole, this recurring mismanagement is precisely why the Mexican wolf is in worse genetic shape now than when reintroduction began more than two decades ago,” he said.

Some ranchers say they have tried everything from hiring cowboys on horseback to installing flagging and other devices to scare away the wolves. But they are still having problems.

Last year marked a record year for livestock kills. Several dozen kills have been reported so far this year.

The Arizona House last week passed a Senate-approved measure that would allow a board set up to reimburse ranchers for livestock losses to also compensate ranchers for things like range riders to keep wolves away from their herds.The measure now goes to Republican Gov. Doug Ducey for his consideration.

Federal officials say they conducted 24 days of hazing efforts in April, removed two carcasses, set up several food caches in hopes of diverting the wolves and talked with dozens of ranchers via phone, text and email in an effort to reduce the conflicts.