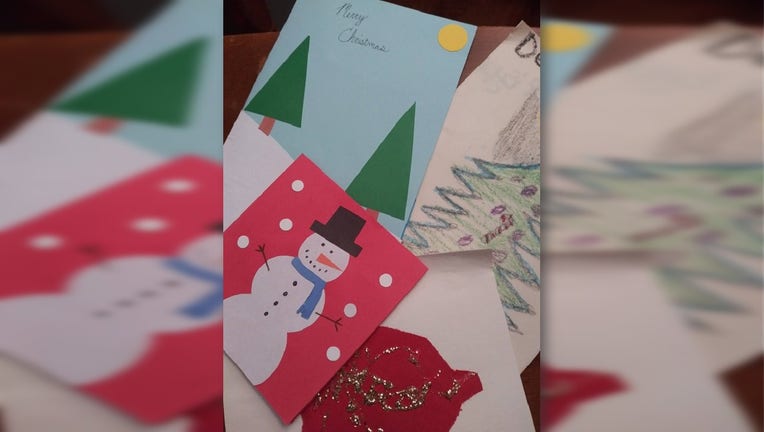 SOMERS POINT, N.J. - Joseph Johnson was going about his life, getting ready for the holidays at the Jersey Shore, when he started to feel ill and wound up in a hospital. It turned out he had diabetes, and it was threatening his life.

The shock of a sudden illness and hospitalization was compounded by the coronavirus pandemic. To slow its spread, most hospitals are forbidding visitors, meaning patients like Johnson find themselves alone during what is supposed to be a joyous season.

"Because of the plague, my wife can't come visit; all she can do is call and text," he said. "It's pretty depressing."

Then one day a small bit of cheer came his way. Tucked next to the covered dish on his meal tray at Shore Medical Center in Somers Point were two Christmas cards, handmade by local children, wishing him a speedy recovery and a happy holiday season. 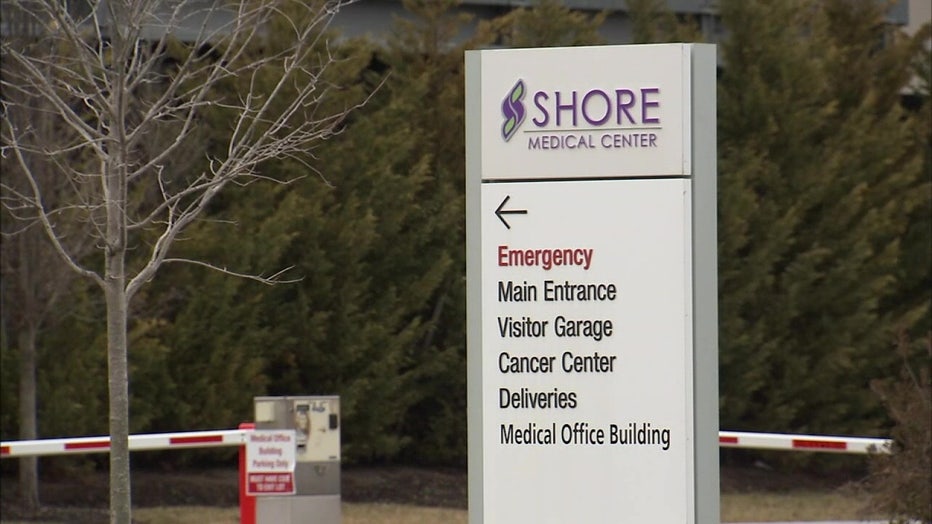 It was part of a wave of greeting cards being collected independently by hospitals this December for patients cut off from the support of visitors. It does not appear to have any central coordination; many hospitals just decided on their own that it would be a kind thing to do.

Realizing this year's unique dynamic, hospitals asked adults, organizations and schoolchildren to either make or buy holiday cards and send them to the institutions for distribution to patients. The goal is for everyone in the hospital to get a card and at least a tiny bit of holiday cheer.

"It was definitely a surprise," Johnson said of his two cards, one of which had plastic jewels glued to it. "It was really cute, and quite enjoyable, and it made me feel a little better."

He has since been released from the hospital.

It put out a request for cards in late November and had received nearly 1,000 by early December. They range from elaborate store-bought cards to hand-drawn construction-paper creations from grade-school children, several wishing the recipient "Happy Hoildays!" or a "Meery Christmas!"

A more somber note came tucked inside a box of Christmas cards that was short and to the point.

"If you could give these to people on the top floor where my husband died, I would appreciate it," a woman named Lori wrote.

The holidays arrive as the nation undergoes a grim December, with the virus surging to record levels in many parts of the country. Hospital beds are filling up and some facilities are opening overflow centers in parking lot tents or buildings used for other purposes.

One of them is a 353-bed field hospital in Cranston, Rhode Island, that opened in a former bank call center. Its operator, Care New England, asked the community to send cards to patients, as well as health care workers caring for them; more than 5,000 have been received so far.

"I was expecting an outpouring of support from the community, but 5,000 really is a huge response, and we are so grateful," said Raina Smith, a company spokesperson.

In Arizona, a 12-year-old boy and his 15-year-old brother started Project Smile, a drive to collect and send cards to hospitalized patients. They made 2,400 on their own and are encouraging others to send in more.

In Cincinnati, a doctor at The Christ Hospital, his three children, 10 neighborhood children and a kindergarten class wrote 120 Thanksgiving cards to COVID-19 patients there.

And Southeast Health in Dohan, Alabama, is collecting cards to lift the spirits of health care workers dealing with the pandemic.