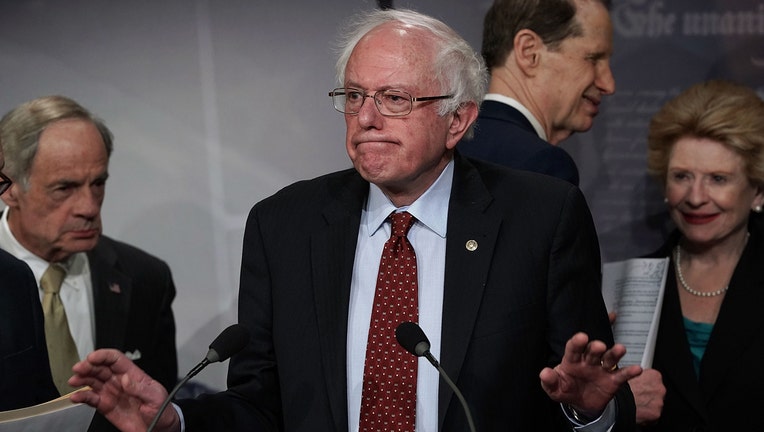 WASHINGTON - A University of the District of Columbia law student said Sen. Bernie Sanders helped her from getting struck by a car while she was crossing a street on Capitol Hill.

Amy Currotto was crossing at a crosswalk in her wheelchair at the intersection of Massachusetts Avenue and 3rd Street in Northeast D.C. on her way to her banjo and guitar lesson Wednesday afternoon, according to the DCist.

As she was crossing, Currotto heard a man yelling to her, "Ma'am. Get off the street."

After getting out of the way of oncoming traffic, Currotto recognized that it was the Vermont senator and they had a brief exchange. But before their encounter was over, she ended up getting a selfie with him.

Currotto posted the photo on Facebook in a post that has gone viral. She wrote, "BERNIE SANDERS I KID YOU NOT STOPPED ME FROM GETTING HIT BY A CAR ON MY WAY TO MY GUITAR LESSON SO WE TOOK A SELFIE TOGETHER. ( he is also much taller than me so awkward picture )"

A representative for Sanders' office confirmed the incident happened, but he didn't tell his staffers because he didn't consider it a big deal, DCist reports.