Groping has been a big topic as of late thanks to the presidential race. As it turns out Texas is one of five states in which forced sexual touching is not punishable by jail time. A victim's advocacy group wants to change that.

The hike and bike trail is one spot in Austin where detectives get reports of groping incidents. They typically spike in the hot summer months.

Should detectives identify the suspect, paperwork is given to the victim who is then instructed to go to municipal court and file charges.

"Handcuffs typically don't put on because the person signs the citation. That doesn't mean they're guilty, it just means they promise to take care of the ticket," said APD Sgt. Martina St. Louis.

In Texas, groping is not punishable by jail time. As a class C misdemeanor, the most an offender could pay is a $500 fine.

"We'd like to see this treated as a serious sex crime that it is. We know that groping can have the same traumatic effects on victims that an all-out sexual assault can have. We want the law to reflect how serious a crime that it is," said Kaiser.

Kaiser says 32 percent of women and 16 percent of men nationwide have experienced forced sexual touching, including attempted rape, in a public space.

He is proposing that legislators increase the charge for groping to a class A misdemeanor which would carry up to a year in jail and up to a $4,000 fine.

"It's insulting, it's offending, it's disturbing, it's wrong. It's disrespectful," said St. Louis.

"So that we can track it and we can give it to our crime analyst and we can narrow down, hey what is the suspect description, what are the areas which this keeps occurring," said St. Louis.

Austin has seen its fair share of serial groping cases. The most recent are related to the series of sex assaults in Northwest Austin. Serial incidents occurred on the UT campus in 2011. In 2012 a man was arrested for groping women in department stores and businesses.

"Usually a person starts out at one point. There's always the chance they might escalate and who's to know that a groping case, assault by contact sexual nature couldn't lead to the next step of worse," said St. Louis.

"Our hope is that when we reflect that this crime is a serious offense in our law that people will take notice. As it stands in Texas as it stands it is not serious criminal conduct. We need to make a change," said Kaiser.

Kaiser says a state representative and a senator have partnered with the non-profit to author a bill.

One possibility that will be discussed is whether to make groping a sex crime. That would mean the person charged may have to register as a sex offender. 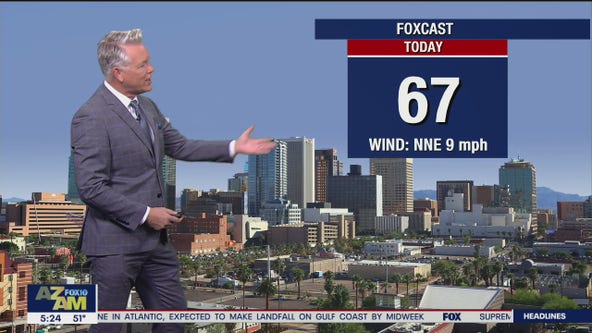