TAMPA, Fla. - The Orange County Medical Examiner says comedian Bob Saget died in an Orlando hotel room last month after suffering a head injury. The accidental blow to the head was likely from a fall.

Bob Saget’s family says he hit the back of his head on something, thought nothing of it, and went to sleep. The 65-year-old never woke up. While this scenario is not very common, experts say a traumatic brain injury can happen to anyone.

Jim Mathews celebrated his 62nd birthday in the ICU, days after having emergency brain surgery.

"I wasn't speaking clearly and they immediately took me to the hospital, and within hours I was on the table having my head cut open," Jim said. 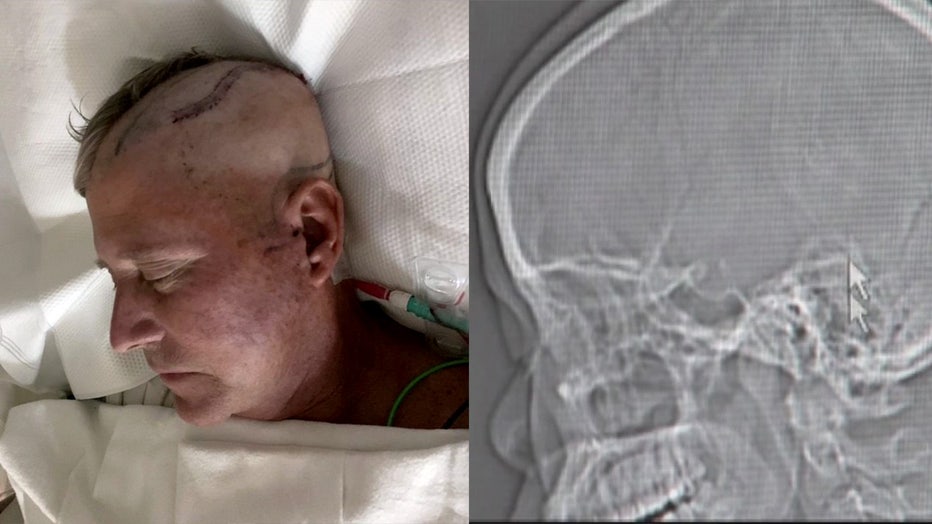 He had two bleeds on the brain, the result of hitting his head when he fell weeks earlier.

"I really didn't think that much about it, and the fact that it didn't really hurt, after an hour or two it was basically gone," said Jim about the fall.

According to the CDC, about 1.5-million Americans sustain traumatic brain injuries every year, but deaths are rare.

A blow to the head can cause serious conditions like a concussion, or a brain bleed.

"There is a type of bleeding the head that can be tricky, and people can be normal for a few hours following a traumatic head injury and then develop rapid decline in their mental status. And that can be very dangerous," explained Dr. Michael Patch, Emergency Room Physician with AdventHealth.

We all know the difference between a minor bump and major slam to the head, but going to see a doctor really depends on how you feel after the fall.

Gail Edwards worked alongside Bob Saget as his love interest on 'Full House' and later on 'Fuller House.' She remembers him as genuine and always available, and regrets she'll never see him again.

"If there is a traumatic brain injury that you witness or you have, and you have any symptoms whatsoever, might as well err on the side of caution and get it checked out in the emergency room," said Dr. David Z Rose, USF Health Associate Professor of Vascular Neurology.

If you do not think your injury is that severe, doctors recommend having someone monitor you for a few hours to keep an eye on any changes or developing symptoms.

"This happens in young and old people. Anybody can get a head injury," Rose said.

As for Jim, he spent six-days in intensive care but quickly bounced back.  Since then, he has used his story to raise awareness and encourage others to see a doctor after a head injury.

"I feel kind of good about that," he said. "My stubbornness turned into something good for somebody else. And if I had it to do over again, obviously I’d do it differently."

There are also risk factors that can make you more likely to develop a brain bleed. Doctors say your age plays a role, and taking blood thinners significantly increases your chances of bleeding on the brain.