A small airplane that was missing a tire and landing gear made an emergency belly-landing at the Goodyear Airport.

GOODYEAR, Ariz. - A small airplane that was missing a tire and landing gear made an emergency belly-landing at the Goodyear Airport.

Two people on board the plane were not injured during the emergency landing.

Prior to landing, the pilot circled the airport in an attempt to burn fuel.

FOX 10's Steve Nielsen talked with an aviation safety expert who said the pilot's emergency landing was textbook. He said it's certainly unusual, but something they plan for.

"They flew it just like they should have. They were on speed and landed right on the center line, which is perfect," said Ed Coleman, a Safety Science Profession at Embry-Riddle Aeronautical University in Prescott.

He says pilots train to know what to do if the wheels won't go down.

Within an hour, the plane was strapped to a tow truck and brought to the Lufthansa Aviation Training Center at the airport. Lufthansa didn't want to comment, but confirmed the pilots are fine.

Years ago, Coleman said he was in the same situation, so FOX 10 asked what goes through a pilot's head when the wheels won't budge for landing.

"You have a bit of panic for the moment and go, 'Wait. There's checklists for this,' so then you go through it and you get right back into it," Coleman said. 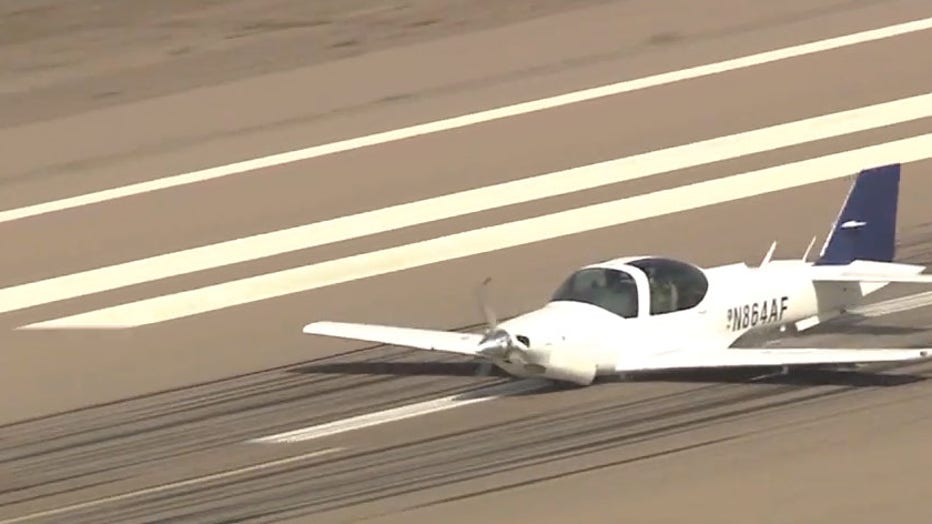