School officials at one South Phoenix charter school had to deal with water problems that reportedly sent students to another facility for bathroom use, and it all happened as students return to class from Winter Break. FOX 10's Matt Rodewald reports.

PHOENIX - Officials with a charter school in South Phoenix claim vandalism is to blame for water problems on campus Monday.

On Monday, a FOX 10 viewer claiming to be a parent contacted the station via Facebook, claiming Champion School South Mountain has no running water, and that students have to go to a nearby school to use the restroom, resulting in long lines.

At around 12:30 p.m. Monday, school officials posted on its Facebook page, claiming that piping vandalism is behind the water woes, and that measures have been put in place to deal with the problem, including water bottles, sanitizing wipes, and an "available facility".

Students reportedly had to walk to a facility next door to the school to use the restroom. 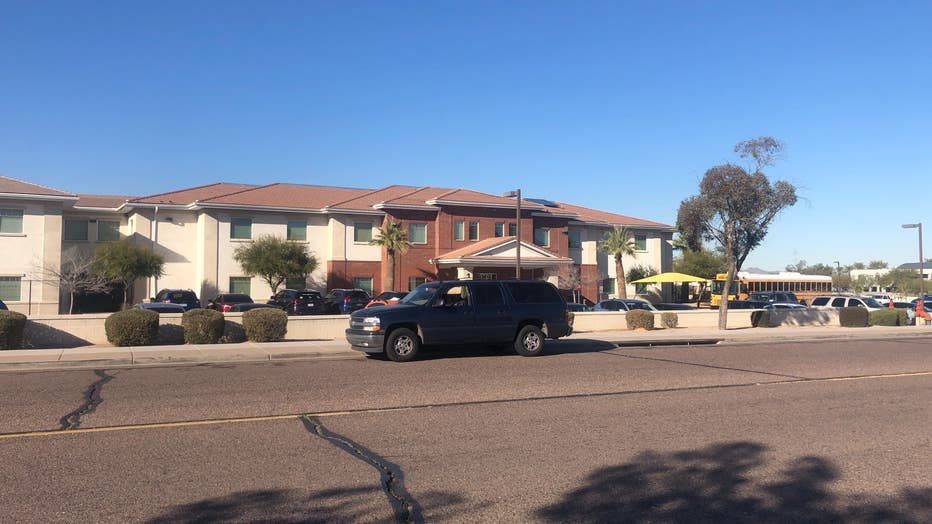 FOX 10's Matt Rodewald spoke with Champion Schools Superintendent Caroline Sawyer. Sawyer did not want to talk on camera, but did say the cleaning crew reported that water was running as of 10:00 p.m. Sunday. At around 7:15 a.m. on Monday, crews discovered there was no water on campus, and later found that a copper cap, along with three to four feet of copper pipes, were stolen.

"I would have thought they sent the kids home," said parent Vanessa Davalos.

"They said they didn't want to inconvenience parents that couldn't get off work," said one parent, who did not want to appear on camera. "My response to that is: if you have a kid that is sick, you are called to come pick them up. There's some things that are not in your control, so you have to have a backup plan."

School officials say while parents can pick up their kids for the day, classes would remain in session. All after-school programs were cancelled as a result as well. A total of 171 students reportedly left for the day.

"No. It's not OK. This was not handled well," said the parent who did not want to appear on camera. "The teachers, they have 32 to 36 students. Can you imagine not having -- they're used to bathrooms in their rooms, right there, and what happens if a kid actually has an accident?"

According to its website, students returned to class for the first time in 2020 on Monday. Students have been on Winter Break since December 23, 2019.