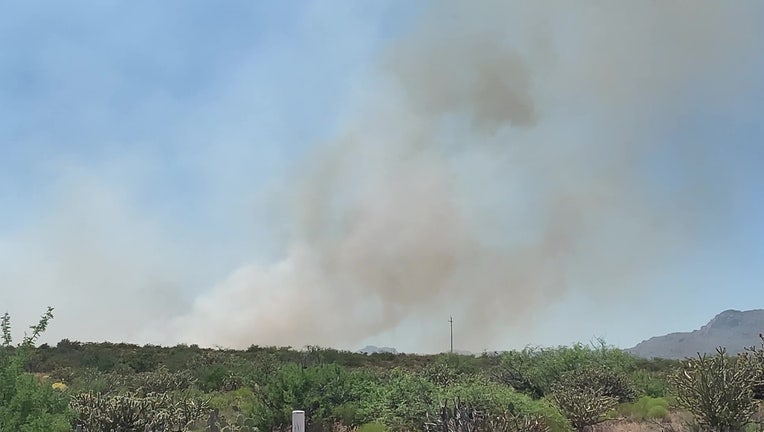 YAVAPAI COUNTY, Ariz. - State Forestry officials say all evacuation orders have been lifted in relation to a wildfire that is burning in Yavapai County.

According to a spokesperson, the Ranch Fire has burned an estimated 250 acres of land. The fire started north of Congress.

Earlier on Wednesday, officials with YCSO say State Fire crews, along with fire crews with Wickenburg, Congress, and Yarnell Fire are battling the flames. At one point, a Code Red "Get Ready" message sent to was sent to residents in the area, and deputies were making personal contact when possible to alert ranchers in the area.

State Forestry officials say two structures at the point of origin were destroyed. The fire is human-caused, and the fire is under investigation.