A Stockton fire captain has died after being shot while responding to a fire Monday morning, police said.

STOCKTON, Calif. - A Stockton fire captain has died after being shot while responding to a fire Monday morning, police said.

Capt. Max Fortuna, 47, died Monday morning after being shot while battling a dumpster fire in the area of Aurora St. and Washington St.

"As firefighters were extinguishing that fire, gunshots were heard, and the fire captain of Engine 2 had been struck," Stockton Fire Chief Rick Edwards said at a news conference. 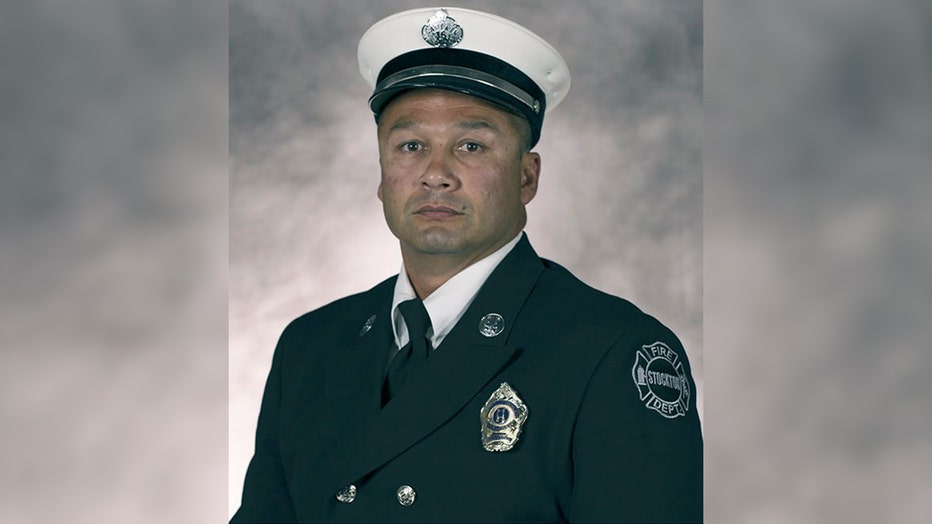 A 67-year-old man has been detained in connection with the shooting. Authorities said that a firearm was located on the scene.

What led to the shooting was not immediately clear.

"Captain Fortuna served the Stockton fire department for over 21 years and leaves behind a wife and two grown children," Stockton Fire Chief Rick Edwards said at a news conference.

"Captain Max Fortuna was one of our heroes – he is a hero. This is a sobering reminder of the many sacrifices our firefighters make day-in and day-out in service to our community. His leadership, his commitment to our city, is reflected here by his brothers, his sisters his community showing relentless support," said Stockton Mayor Kevin J. Lincoln. "This is a devastating time. It's a difficult season and moment for the city of Stockton and our Stockton firefighters. But the pain that we feel as a community does not compare to the pain that the Fortuna family is experiencing right now."