Storm brought hail, rain and even a funnel cloud to the Valley

Parts of the Valley experienced&nbsp;hail and rain, and some even saw a funnel cloud as a result of a storm system that moved into Arizona Monday afternoon. FOX 10 has team coverage of the severe storm.

PHOENIX - Parts of the Valley experienced hail and rain as a result of a storm system that moved into Arizona.

According to ADOT officials, drivers along Loop 101 in North Scottsdale experienced heavy rain. They asked drivers to be careful on the road.

Officials with NWS said pea-sized hail was possible with the storm, which moved southwest from an area west of Scottsdale. Video from ADOT cameras showed hail accumulating on the road near the Loop 101/State Route 51 overpass. 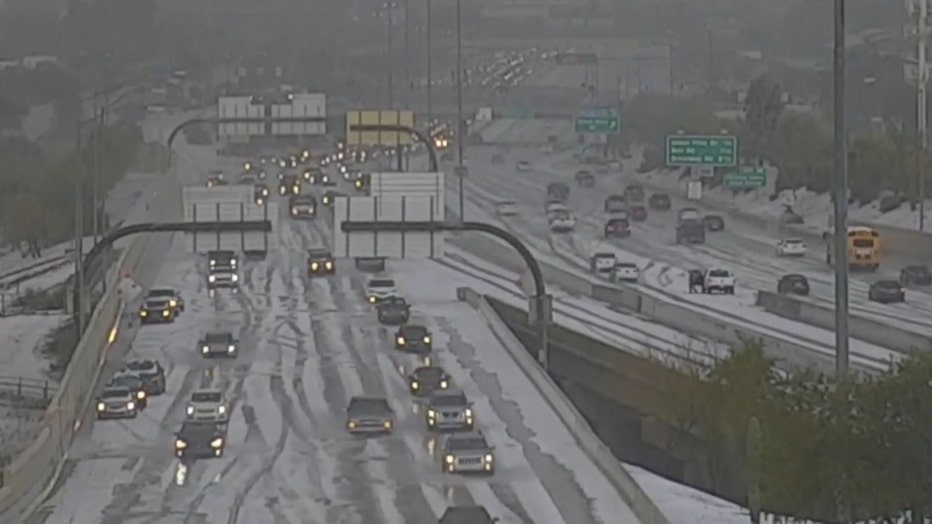 People living in the area of 39th Place and Union Hills said after the storm was over, the neighborhood was completely covered with hail. Some in the neighborhood played with the hail, making snowballs and building snowmen.

According to NWS officials, the funnel cloud did not become a tornado before dissipating. 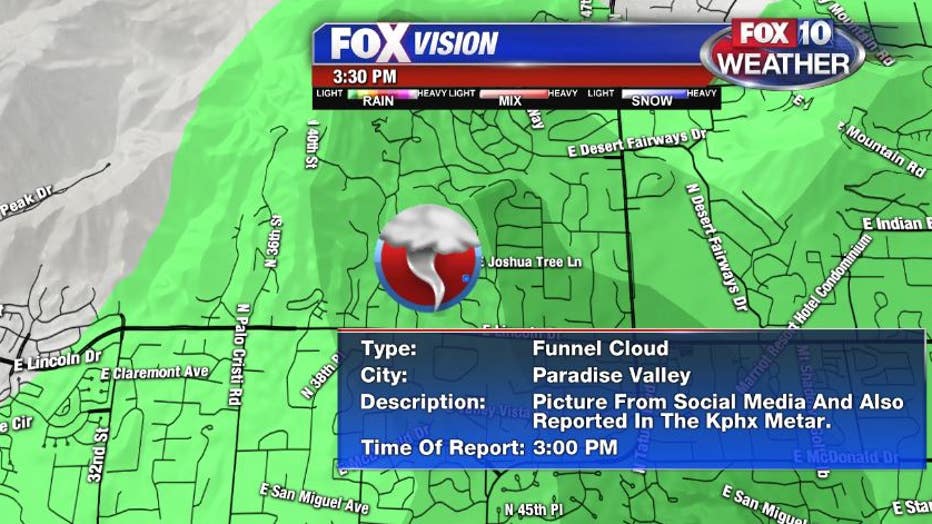 You can check the latest weather conditions by visiting the FOX 10 Phoenix weather page.

You can also get the latest weather updates by downloading the FOX 10 Weather app, which is available for Apple and Android devices.

If you have any weather video or photos, you can submit them by posting them on the FOX 10 Phoenix Facebook page, or on Twitter, using the hashtag #fox10phoenix

When sending us photos or video, please do not endanger yourself or others, take any unnecessary risks or break any laws. 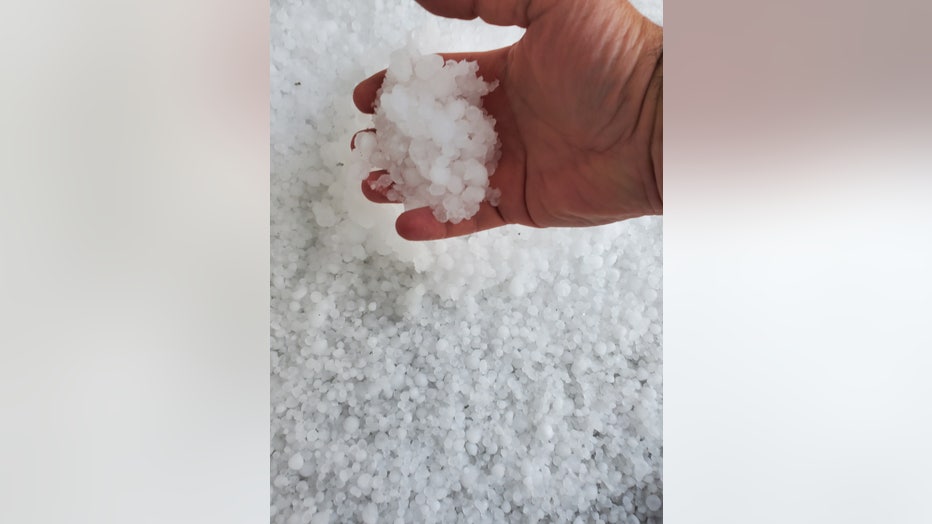