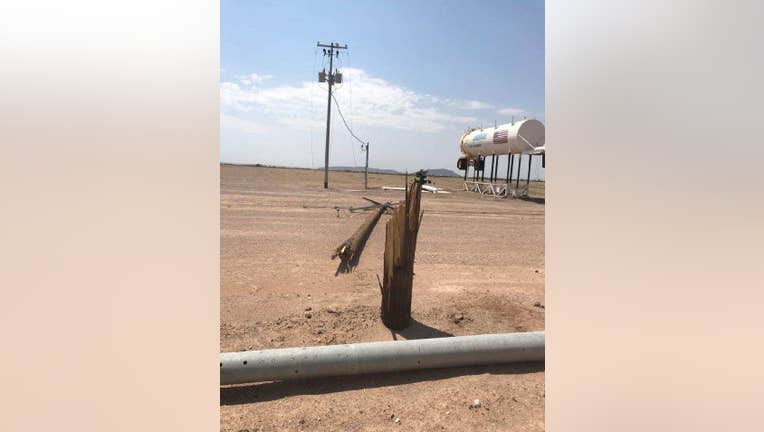 Hundreds of power lines were reportedly knocked down during a storm in Hyder, Arizona. (KECY-TV)

HYDER, Ariz. - A powerful windstorm has reportedly knocked down hundreds of power poles in Yuma County.

According to the Yuma County Sheriff's Office, about 142 power poles were knocked down on August 17 in Hyder, Arizona, causing a power outage in the area.

Crews are working on the down power poles, however, power is not expected to be restored until August 19, according to APS' outage map.

The sheriff's office says Dateland Elementary School, located at 1300 S. Avenue 64E, has opened as a cooling station to those without power. Family pets are also welcome at the school.

The American Red Cross is also providing support at the school and anyone who needs assistance should call 1-800-842-7349.

Yuma County is currently under an excessive heat warning that is scheduled to be in place for several days.