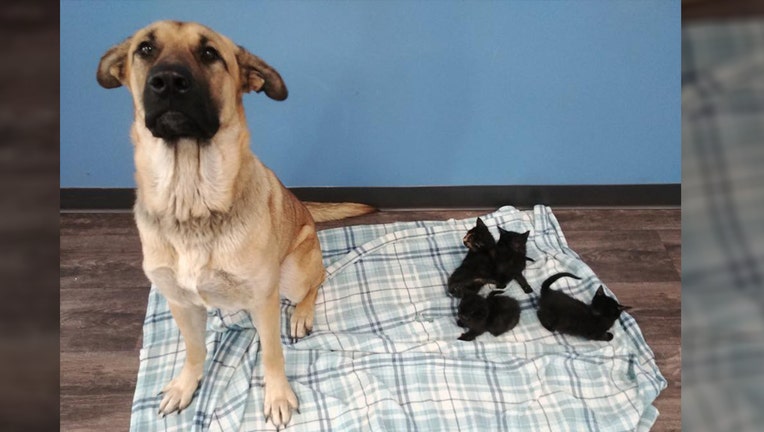 CHATHAM, Ontario - A stray dog in Canada has become America's most wanted adoptable pooch after being found cuddling five kittens who were abandoned in the snow.

The Pet and Wildlife rescue in Chatham-Kent, Ontario posted photos of the unconventional family on Facebook after they were brought in for care.

“Our stray sweetheart is keeping her ‘babies’ safe at the shelter tonight!” the shelter captioned the post.

The dog, now named Serenity, was found on a freezing night in Ontario last weekend on the side of the road. Serenity had wrapped herself around the orphaned black kittens to keep them warm. The shelter says someone spotted the animals and an animal control officer was called to bring all 6 of them in.

"We've been living our best lives ever since!" the shelter wrote under a photo of Serenity. "The kittens that I kept safe have been kindly taken in by a foster family and will be put up for adoption once they're old enough to be on their own."

The shelter says they've had many adoption applications submitted for Serenity, who is estimated to be about 2-years-old. Once Serenity is spayed on Dec. 3, she will be ready to go to a loving home.

"I love zooming around outside and will run circles around any person or object that is out in the yard with me. The shelter staff has been working on it, but I can be quite jumpy and need to be taught some manners." 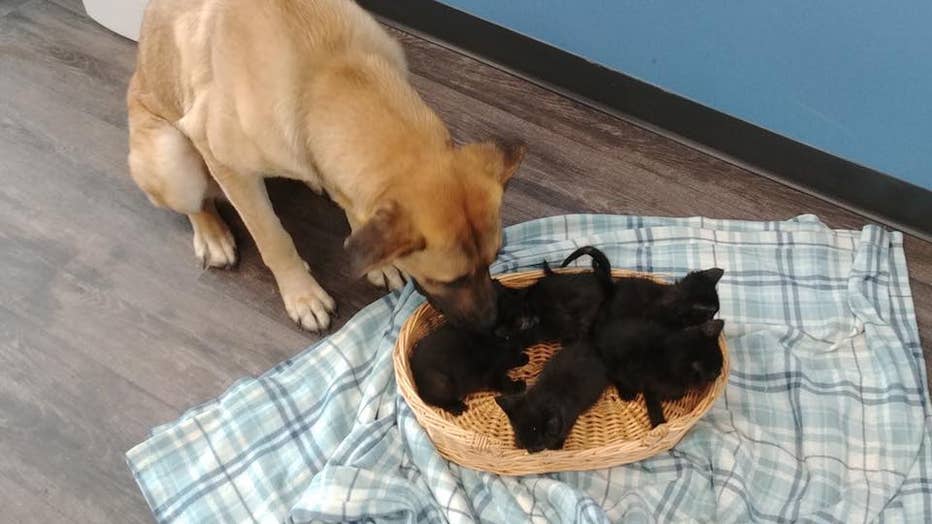 Currently, the kittens are not old enough to be adopted yet.

In the meantime, The Dodo reports that the kittens are receiving treatment for flea and worm infestations and Serenity makes regular visits to see how they are doing.