A woman in Maryville, Missouri, was treated to a stunning post-storm double sunset rainbow late on June 24.

MARYVILLE, Mo. - A stunning double rainbow was recorded at sunset in Missouri on June 24.

Cindy Prokipchin was lucky enough to capture the meteorological phenomenon in Maryville, Missouri after a storm passed through at about 9 p.m. local time.

Prokipchin’s video showed a dominant arch stretching across the cloudy and colorful sky with a secondary arch just above it. 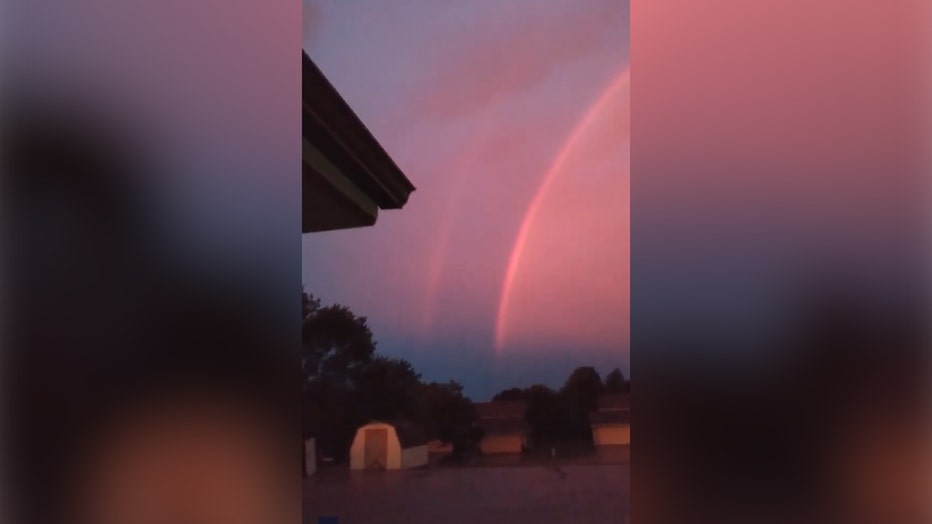 Freeze frame of a double rainbow captured at sunset in Missouri.

"The sun was behind me," Prokipchin said. "A storm had just past and was moving east."

A double rainbow is actually a common occurrence that takes place when "sunlight is reflected twice within a raindrop with the violet light that reaches the observer's eye coming from the higher raindrops and the red light from lower raindrops," according to the Met Office, which is the national meteorological service in the United Kingdom.