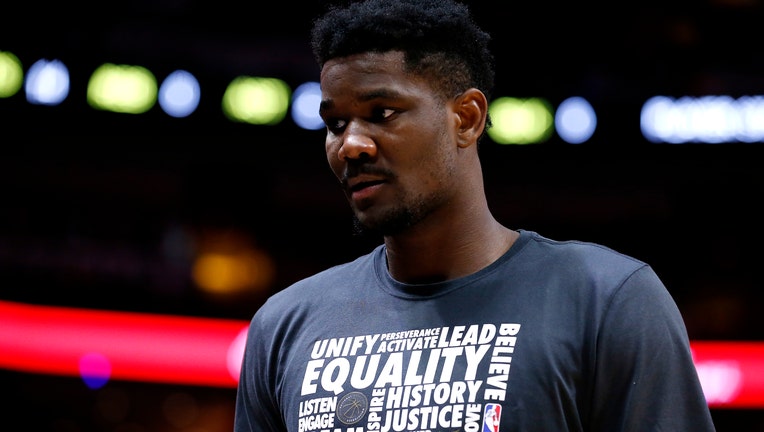 MIAMI, FLORIDA - FEBRUARY 25: Deandre Ayton #22 of the Phoenix Suns reacts against the Miami Heat during the second half at American Airlines Arena on February 25, 2019 in Miami, Florida. NOTE TO USER: User expressly acknowledges and agrees that, by

Ayton, who was born in Nassau, Bahamas, posted a message to Twitter Friday saying he and his family will pledge $100,000 towards relief efforts in the wake of Hurricane Dorian.

Ayton is also asking for Suns fans to donate supplies on September 10 at a soon-to-be-announced location.