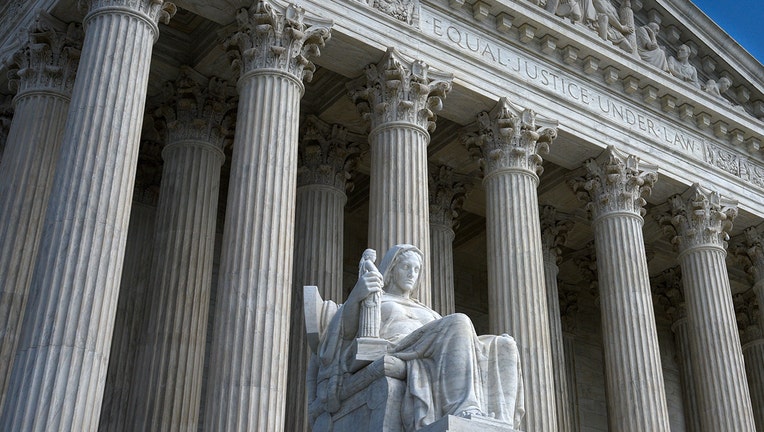 The U.S. Supreme Court Building in Washington, D.C., is the seat of the Supreme Court of the United States and the Judicial Branch of government.

WASHINGTON - The Supreme Court has dismissed as premature a challenge to President Donald Trump's plan to exclude people living in the country illegally from the population count used to allot states seats in the House of Representatives.

But the court’s decision Friday is not a final ruling on the matter and it's not clear whether Trump will receive final numbers from the Census Bureau before he leaves office next month.

The high court said it was too soon to rule on the legality of Trump's plan because it's not yet clear how many people he would seek to exclude and whether the division of House seats would be affected.

"Consistent with our determination that standing has not been shown and that the case is not ripe, we express no view on the merits of the constitutional and related statutory claims presented. We hold only that they are not suitable for adjudication at this time," the court said in an unsigned opinion.

RELATED: Biden to take oath outside Capitol amid COVID-19 restrictions

The three liberal justices dissented, saying the effort to exclude people in the country from the population for divvying up House seats is unlawful.

"I believe this Court should say so," Justice Stephen Breyer wrote, joined by Justices Elena Kagan and Sonia Sotomayor.

It’s not clear that Friday’s decision will have much practical effect. Documents leaked to the House committee that oversees the Census Bureau suggest the apportionment numbers won’t be ready until after Jan. 20, when Trump leaves office and Joe Biden becomes president. The Census Bureau has acknowledged the discovery of data irregularities in recent weeks that put the Dec. 31 deadline in jeopardy.

Dale Ho, the American Civil Liberties Union lawyer who argued the case for the challengers, said the decision was about the timing of the case, not whether the plan complies with federal law.

"This ruling does not authorize President Trump’s goal of excluding undocumented immigrants from the census count used to apportion the House of Representatives. The legal mandate is clear — every single person counts in the census, and every single person is represented in Congress. If this policy is ever actually implemented, we’ll be right back in court challenging it," Ho said.

No president has tried to do what Trump outlined in a memo in July — remove millions of noncitizens from the once-a-decade head count of the U.S. population that determines how many seats each state gets in the House of Representatives, as well as the allocation of some federal funding.

His administration has defended his authority to exclude at least some people living in the country illegally, including perhaps people who are in immigration detention or those who have been ordered to leave the country.

But during arguments last month, acting Solicitor General Jeffrey Wall, Trump’s top Supreme Court lawyer, would not rule out larger categories of immigrants, including those who have protection from deportation under the DACA program.

"We can’t be certain at this point, and we don’t know what the president will decide to do with respect to that," Wall said.

The census case likely is the last of several major cases involving immigrants during Trump’s presidency, which has been notable for its hard line on immigrants.

The president has a mixed record at the high court on immigration. The justices upheld his ban on travel to the U.S. by residents of some largely Muslim countries. But the court shot down his attempt to end the Deferred Action for Childhood Arrivals programs and blocked his bid to add a citizenship question to the census for the first time in 70 years.