Police in Surprise are accusing a man of voyeurism, following a number of incidents where the man allegedly peeped inside people's homes. FOX 10's Stephanie Bennett reports.

SURPRISE, Ariz. - Officials with the Surprise Police Department say they have arrested a man for allegedly committing acts of voyeurism.

According to court documents we obtained, police arrested 28-year-old Evan Matthew Hanhardt, following an incident that happened on Aug. 15.

The incident, according to investigators, happened in a residential neighborhood near Parkview Lane and Mountain View Boulevard. Officers were called to the scene after a report of a prowler. When officers arrived, they found a man, later identified as Hanhardt, who was being detained by an off-duty Maricopa County Sheriff's Office detention officer.

The MCSO detention officer, according to officials, told officers on scene that the man he detained was the person who was looking into his girlfriend's window.

"The defendant can be seen on Ring doorbell cameras throughout the community, peeking into various windows on August 7, 8, 12, and 15th," read a portion of the court documents.

Investigators said after Hanhardt was read his Miranda rights, he admitted to looking into different windows within the community, as it was a ‘rush.’

"He stated that he feels as though he is addicted to pornography and that the 'rush' excites him," read a portion of the court documents.

Hanhardt, according to court documents, told investigators he typically goes out for a walk at night, and he walks up to a window to look in when he sees a light on or blinds open.

"It should also be noted that there are likely to be more victims, as multiple residents have reported an unknown male matching the defendant's description
Peeking into various windows," read a portion of the statement.

Hanhardt is accused of eight counts of felony voyeurism. A judge has set a $25,000 cash-only bond for Hanhardt, and if he makes bond, he is banned from leaving his home, except during the hours set by his pretrial officer.

As news spread of Hanhardt's arrest, people living in the area where the incident happened spoke out about what happened.

"This is definitely unacceptable," said Dwayne Jenkins. "I’m surprised I’ve not had a problem in this development."

"It was pretty weird. I heard that he was looking through windows, and on my grandma's camera thing, she showed me that he actually peeped through a window, and I was like, 'wow. What the heck is he doing?" said Anthony Garcia.

One woman, identified only as "Shelby," said she caught a man looking into windows on her home surveillance camera.

In the video, the suspect can be seen walking up, looking inside, and in some cases, using a flashlight to get a better view.

"We all, as a community, worked together to try and find this guy," said Shelby. "There were multiple cameras that caught him looking in other people's windows." 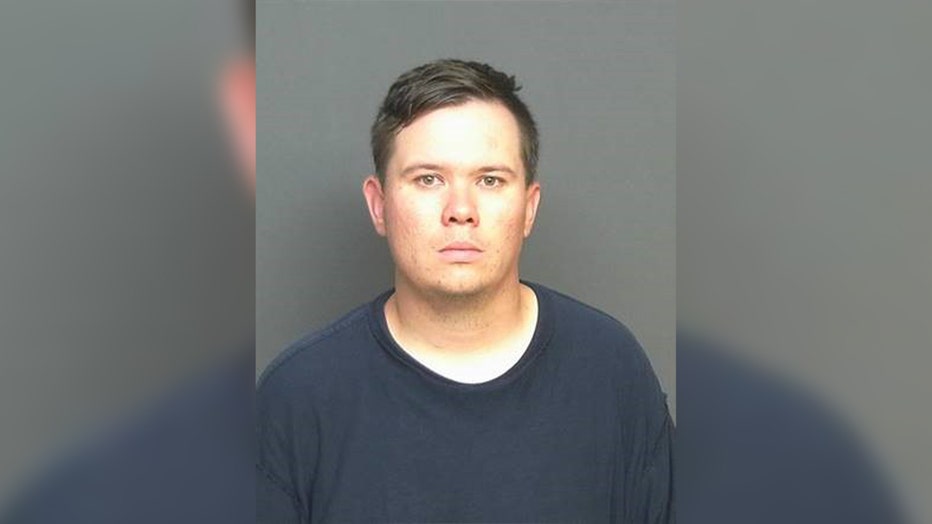