Police are asking for the public's help, as the suspect involved in the shooting of two people in Old Town Scottsdale remains on the loose. FOX 10's Justin Lum reports.

SCOTTSDALE, Ariz. - It's been two days since police found two men with gunshot wounds in Old Town Scottsdale, and the search for the suspect remains ongoing.

People who work in the area say it's rare to be so close to a shooting in Old Town. Luckily, the two victims survived, but the description of the suspect is vague.

"I feel like this is one of the safer parts of town of the Phoenix area in general, so it did make me feel very unsafe, I’m not gonna lie," said AJ Landabure.

The victims, both 23 years old, were found with gunshot wounds at around 2:30 a.m. Monday near Scottsdale and Camelback Roads. Just down the street, Landabure says police asked if he saw the suspect, described as a black man in a purple hoodie. The smoke shop employee also remembered what witnesses told him. 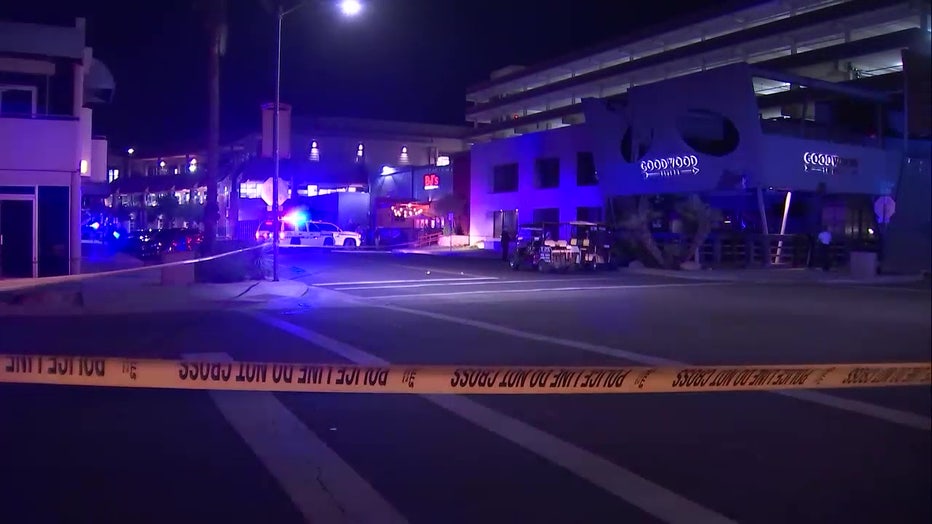 "The guy who committed the shooting left to go get his gun and came back, and was, like, I’m gonna come back and see you guys soon, from what I was told,” said Landabure.

Police say the suspect and one of the victims know each other and got into a confrontation. A stray bullet hit the second victim. Medics took both men to the hospital with non-life threatening injuries.

Ahmed Alatrash, who owns a business in the area, hopes the suspect is caught soon.

"This is a very popular destination for tourists, for locals, for everybody, so this is like my town," said Alatrash. "I love this town, so hearing things like this is just very upsetting."

Alatrash says concern of gun violence near his business won't stop his routine.

"Things happen," said Alatrash. "It’s an evil world. What are we gonna do?"