LOS ANGELES - Two people are in custody after leading officers on an hours-long pursuit through the South Los Angeles area.

The pursuit started around 4:27 p.m. after the driver, in a red Honda, failed to yield to California Highway Patrol officers. 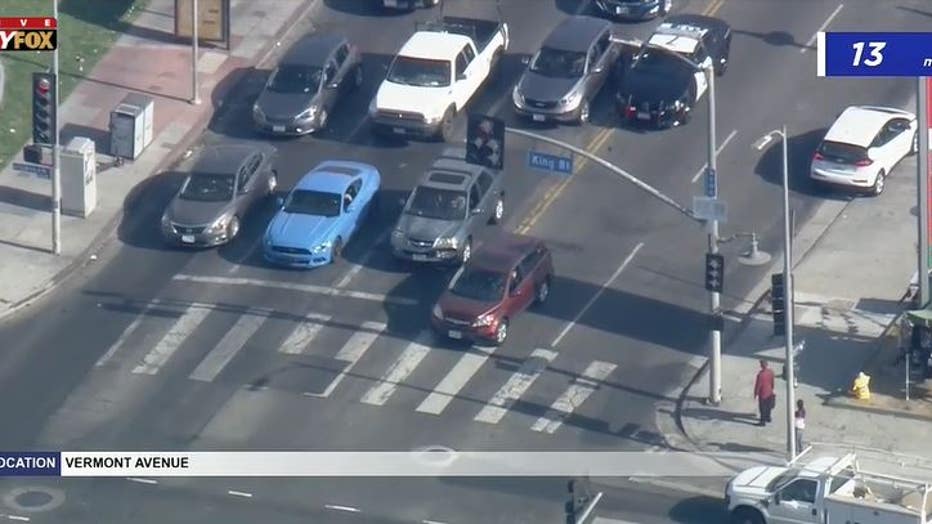 At one point, the suspect attempted to make a right turn from a far left lane and almost crashed into another vehicle in the intersection of South Broadway and Imperial.

Around 6:04 p.m. the driver entered a parking lot on California St. and Pacific Blvd., but he was quickly cornered by officers and managed to drive off.

However, as the suspect drove down California St. towards Seville Ave. a successful PIT-maneuver was made by officers causing the vehicle to spin around.

The driver and passenger both raised their hands in the air in an attempt to surrender.

SkyFOX was overhead as the male passenger exited the vehicle through the window. When the driver tried to exit though his window the car kept rolling onto the sidewalk. However, the vehicle quickly stopped and both men were taken into custody.