A ride at the Arizona State Fair malfunctioned on the opening day, causing riders to hang upside for six minutes.

PHOENIX - Arizona State Fair goers were stuck in mid-air when a ride malfunctioned for a few minutes, according to state fair officials.

Brianda Martinez with the Arizona State Fair says the 'Tango' ride experienced a malfunction that stopped normal operations. The 'Tango' is a ride that's meant to go in circles and upside down.

When the ride experiences a sensory notification or a loss of power, the safety computer system engages.

"The ride did what it was designed to do, and at no time were [the] passengers' safety compromised," Martinez said.

Martinez says there were five riders on the ride who unloaded safely.

A YouTube video shows riders stuck in mid-air on the ride for about six minutes as employees followed manufacturer procedures to bring to ride back to its loading position.

FOX 10's Jennifer Martinez spoke with the woman who filmed the YouTube video. Christina Young says she goes to the state fair every year with her family, but this time had scary moments.

"I noticed the ride was stopping. The music just stopped," Young said.

"I was upside down, like, leaning and then afterwards it started going back and forth," said Chanelle Toledo, who was one of the riders stuck on 'Tango' and Young's daughter.

Four out of the five people on the ride were Young's children.

"I was freaking out. I was worried about them, too, because they were on the otherside. I was just, like, 'Wow, what's going on? Am I going to get down, or is it going to be one of those moments where we're going to be stuck up here for awhile?'" Chanelle said.

Christian didn't know what to expect. He thought it was a part of the ride.

"I didn't even know it was stuck. I thought it was going to go down like normal. I didn't know how the ride went. So me and the person next to me were like, 'Oh what's going on?' And then after a minute or a couple of minutes, we were like, 'Oh, this is stuck," and we realized we were slowly going down," Christian said.

"My head started hurting. I started blacking out here and there. My face got red, supposedly. I wasn't having it," Chanelle said.

After a safety inspection, the 'Tango' ride was re-opened, according to the spokesperson for the state fair.

The Arizona State Fair contracts with independent ride inspectors in addition to the Ray Cammack Shows (RCS) ride inspectors. Multiple inspections are performed on each ride throughout the fair's operation. 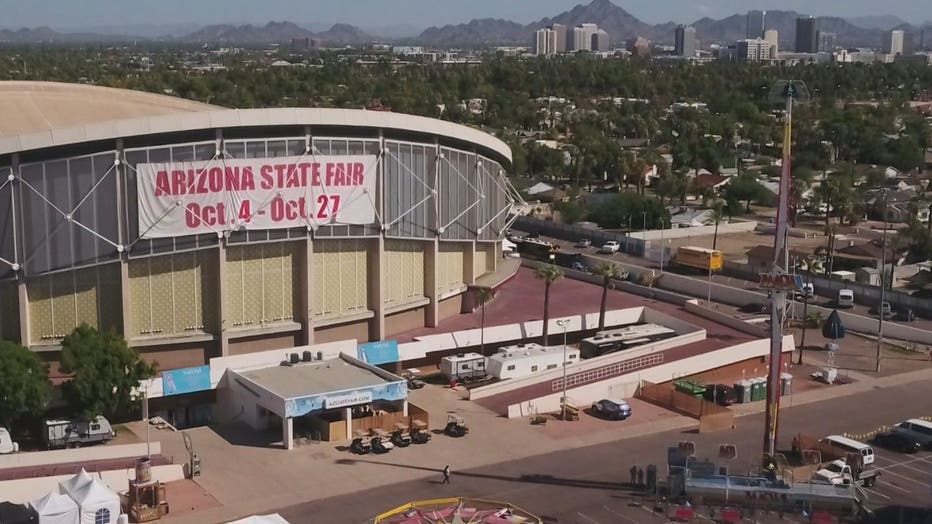