A teen was punched and stabbed before being robbed.

NEW YORK - Police in New York are looking for five men who are accused of attacking and robbing a man of his sneakers.

The NYPD says it happened about 10:30 p.m. on Wednesday, July 15.  The 19-year-old victim had arranged on Snapchat to sell a pair of pricey Yeezy sneakers.

When the teen got to 48-06 46th St. in the Woodside section of Queens to meet the buyer, he was surrounded by seven young men.

> MAN SHOVED TO DEATH DOWN FLIGHT OF STAIRS AT PENN STATION 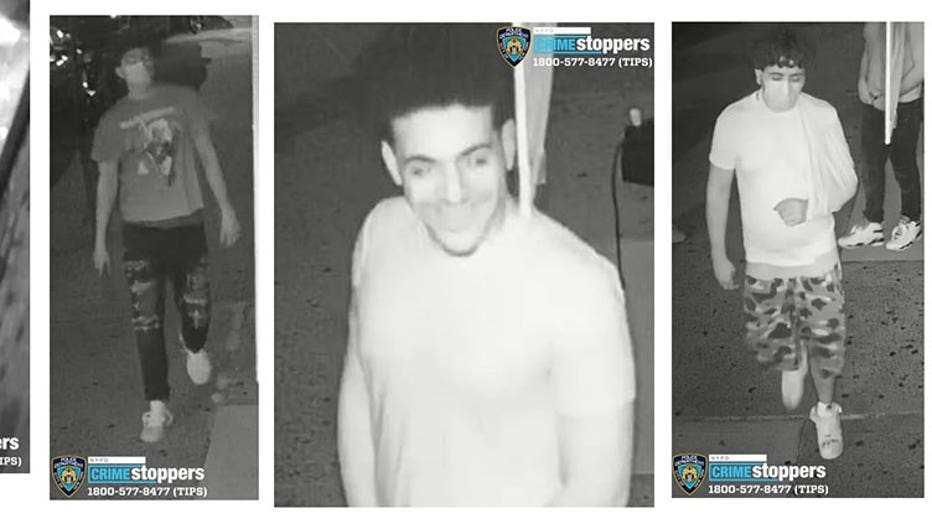 They punched him and one of the attackers stabbed him in the back.  They then took $200 from the victim and the Nike Raptors he was wearing before running away.

EMS took the victim to Elmhurst Hospital Center in stable condition.  It was unclear if he was released from the hospital.

The victim had not arrived with the Yeezy shoes he was planning to sell so they were not stolen.

Police released photos and video that show five of the seven men wanted for the attack.

Anyone with information is asked to call the NYPD's Crime Stoppers Hotline at 1-800-577-TIPS.  Police say that all calls are strictly confidential.