Augie is the world’s oldest golden retriever and she is a very good dog.

At 20 years old, Augie (full name: August) has defied all preconceived notions that larger dogs only live to be between 10-12 years old. 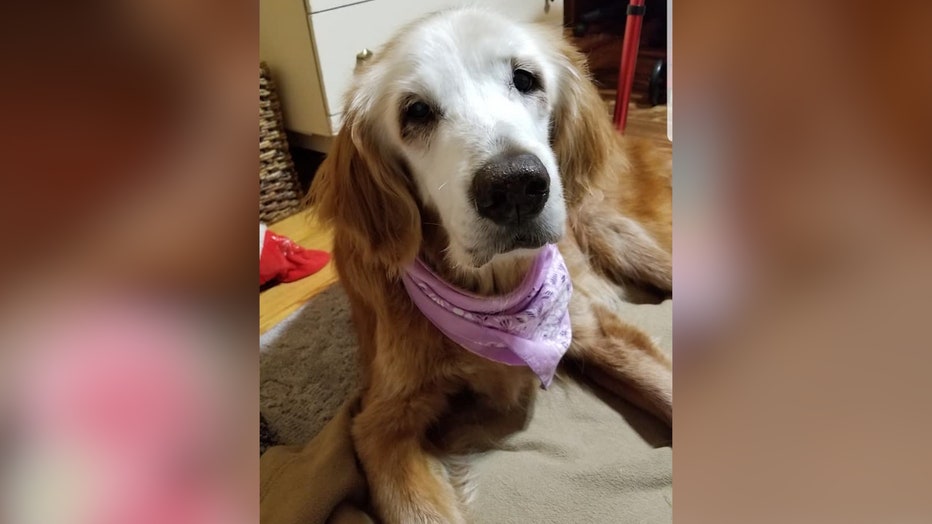 RELATED: Fireworks and pets: Tips to keep your dog or cat calm and safe on the Fourth of July

Augie was born on April 24, 2000, according to her biography website. After being re-homed twice, (through no fault of her own), she found her forever home with Jennifer and Steve Hetterscheidt of Oakland, Tennessee.

The Hetterscheidts were running their own golden retriever rescue when they adopted Augie at 14 years old.

Since then, the record-holding golden has provided six years of loyalty and love, according to the website.

She celebrated her 20th birthday with her fellow goldens, Sherman, Belle and Bruce, a big carrot cake and a giant banner to commemorate her milestone. 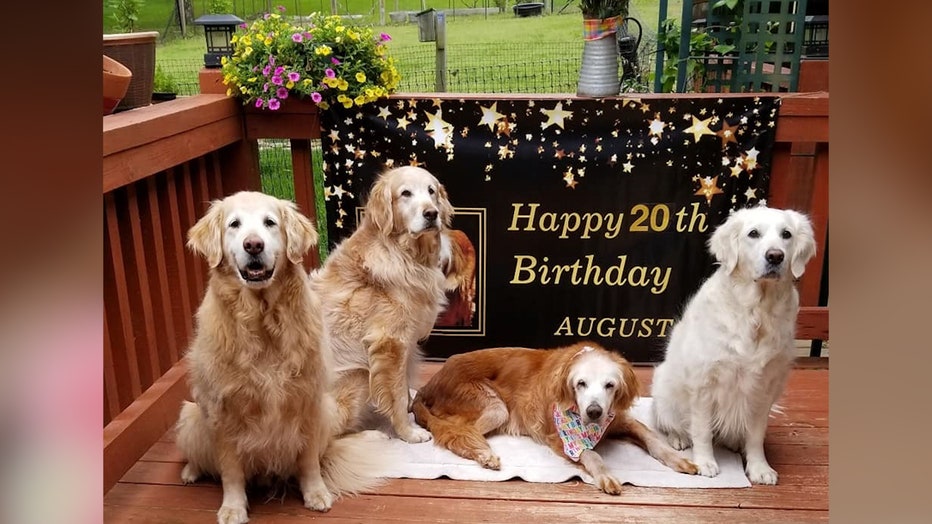 Augie and her siblings celebrating her 20th birthday.

According to her owners, Augie is surprisingly healthy for her age. While she has been prescribed supplements and fluids to help with her kidneys and joints, she still moves around well and enjoys her daily walk around the yard.

“We care for them as long as we have them, and love them forever,” Augie’s owners said.