A substitute teacher in Texas was suspended after he spent class time belting out Toxic by Britney Spears on a karaoke machine he brought in.

AUSTIN, Texas - A substitute teacher at an Austin high school was asked to leave campus after he brought a karaoke machine to class and sang the Britney Spears song "Toxic". The incident happened on December 3 at Bowie High School in the Austin Independent School District.

An AISD spokesperson says the substitute arrived at Bowie HS without an ID and was given a temporary one. After receiving the ID, the substitute went to his class and began to sing using the karaoke machine he had brought with him.

Bowie’s principal spoke with the substitute and asked him to leave. 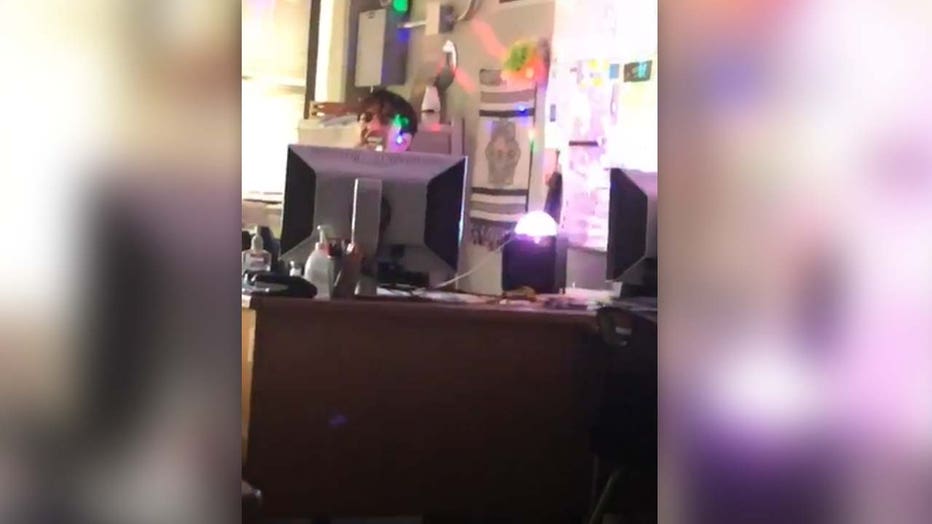 A substitute teacher in Texas was suspended after he spent class time belting out Toxic by Britney Spears on a karaoke machine he brought in.

Following the incident, the AISD spokesperson says the sub posted on social media that he had been kicked out of Bowie and that he posted a second photo that was purportedly at another classroom at a different high school, Austin High School, later in the day.

The spokesperson says, "It does not appear he was in a classroom at Austin High and had not picked up another sub assignment with that campus. He did show up at the campus and was discussing with the sub coordinator about filling a vacancy, but was prevented from doing so and was escorted off the campus."

"The substitute was deactivated in our substitute pool, so it's safe to say he won't be subbing again in Austin ISD," the AISD spokesperson says. The spokesperson goes on to add that after further review it appears the substitute has a social media profile that says he is trying to sub to all 50 states and sing and entertain students while subbing while documenting his experience.

Storyful contributed to this article