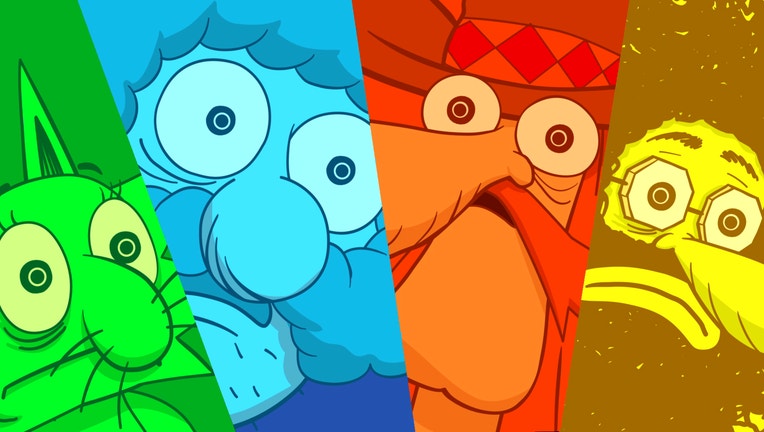 THE FREAK BROTHERS: After learning that the mystical Swami Bhajan holds the secret to the "ultimate high," Franklin, Phineas, Freddy, & Kitty go to Woodstock to find him in the "Pilot" episode of THE FREAK BROTHERS, which begins streaming Nov. 14

CHICAGO - The epic San Diego Comic-Con is returning to its in-person roots this year — and it’s bring some fabulous, furry friends along for the ride.

Tubi’s adult animated series "The Freak Brothers" will roll up to the historic comics and entertainment convention for an offsite experience, which will welcome fans (and anyone who’s accidentally fallen asleep in the ’60s only to awaken in 2021 outside the San Diego Bayfront Park) on each of the con’s three days. The event runs Friday, Nov. 26 to Sunday, Nov. 28, 2021.

Attendees can take a breather near Hall H (outside the Hilton) at "The Freak Brothers Experience," which will feature (per SDCC) "music curated from The Freak Brothers Spotify playlist, charging stations at a lounge area, and a 42-foot "FREAK-A-FIED" bus.

Additionally, con-goers can expect a "dynamic photo backdrop" and should keep their eyes peeled for the "Freak Brothers" street team, which will be handing out collectible mini-posters of the characters and Freak-a-fied mint tins.

Based on the cult classic comic series by Gilbert Shelton, "The Freak Brothers" asks what might happen if four cannabis aficionados got their hands on some really good stuff and slept right on through multiple decades to awaken in present-day San Francisco. For more of the adventures of Freewheelin’ Franklin (Woody Harrelson), Phineas (Pete Davidson), Fat Freddy (John Goodman) and Fat Freddy’s cat "Kitty" (Tiffany Haddish), head over to Tubi, where the first three episodes await you.

"The Freak Brothers" premiere is the most-watched episode in the history of the free streaming service. New episodes of the eight-part series debut on Sundays.