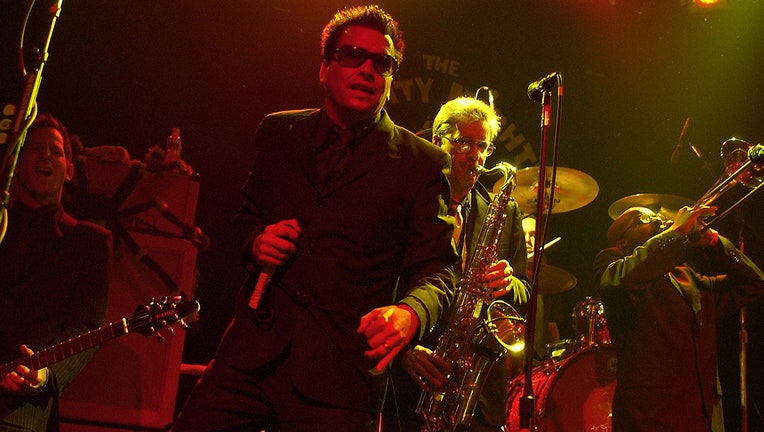 BOSTON - The Mighty Mighty Bosstones are officially taking a break.

The ska-punk band announced Thursday that, after nearly four decades of performing together, the band would be breaking up.

"After decades of brotherhood, touring the world and making great records together, we have decided to no longer continue on as a band," the Boston band revealed in a statement on social media.

Band members did not state the reason for their break up.

According to their website, the Bosstones (as they were commonly referred to) were scheduled to perform in Los Angeles, California in May and in the United Kingdom at the Slam Dunk Festival in June.

The Bosstones continued: "Above all, we want to express our sincere gratitude to every single one of you who have supported us. We could not have done any of it without you."

The group’s reps did not immediately respond to FOX Television Stations Group’s request for comment.

Starting with the release of their 1989 debut album "Devil’s Night Out," the band recorded extensively in the 1990s, reviving the ska genre and becoming an influential group of the decade.

Notably, the band also appeared in the 1995 comedy "Clueless," where they performed "Where’d You Go" at a house party. The song was also released on the movie’s soundtrack.

According to the band’s website, their newest album is "the culmination of their extensive and all-embracing career and sees the band bringing back friends, tourmates, and bandmates from the past for a sonic celebration that stresses the power of perseverance and human connection during tumultuous times."

"We were lightly writing songs before the insanity without any sort of timeline in mind. All of a sudden, the world changed and benchmark events in a very long career that we were looking forward to, such as playing with the Madness at the Greek Theatre, were taken away from us," explained frontman Barrett. "With all of this time on our hands, we started writing at a quickened pace and we were really inspired. As grim as everything around us was in the outside world, this was the most fun we ever had making a record."