Why the Pan-African flag still waves a century later

The Pan-African flag first flew 100 years ago as a response to a bigoted song. It still serves as an inspiration to the African diaspora.

Imagine the disgust felt by black nationalist Marcus Garvey when he first heard the 1900 song mocking the African diaspora and its lack of a flag.

Not only was there a racist song deriding the diaspora for not having a unifying symbol to cling to like so many other ethnicities, there was an entire popular genre dedicated to doing so. 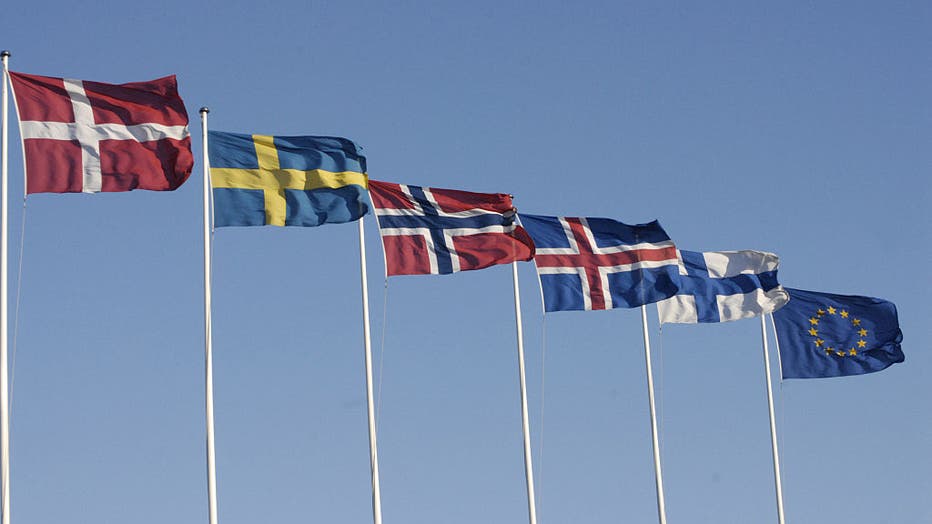 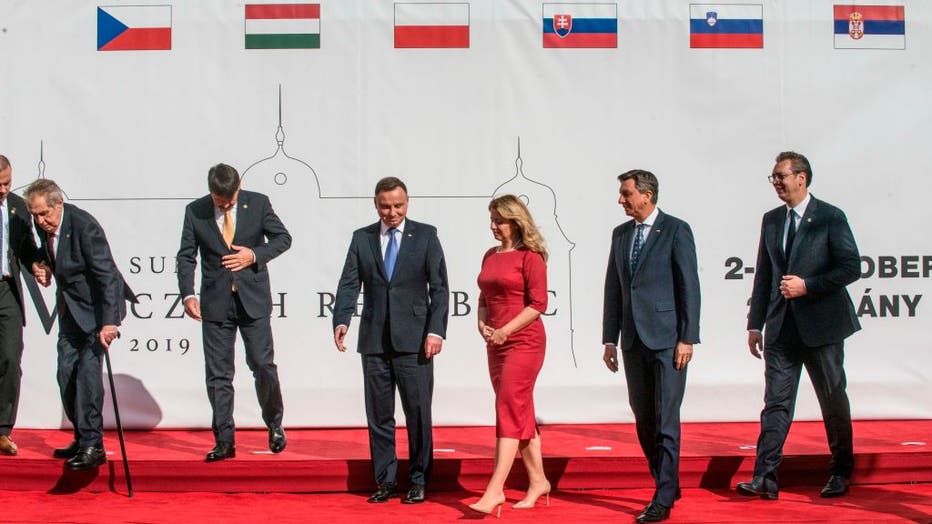 In the Arab world, which includes nations like Egypt, Jordan, Iraq and Sudan, flags are based on the colors of historical Arab dynasties. The black is for the Abbasid Caliphate, green for the Umayyad Caliphate, white for the Fatimid Caliphate and red for the Hashemites, who still rule the Kingdom of Jordan. 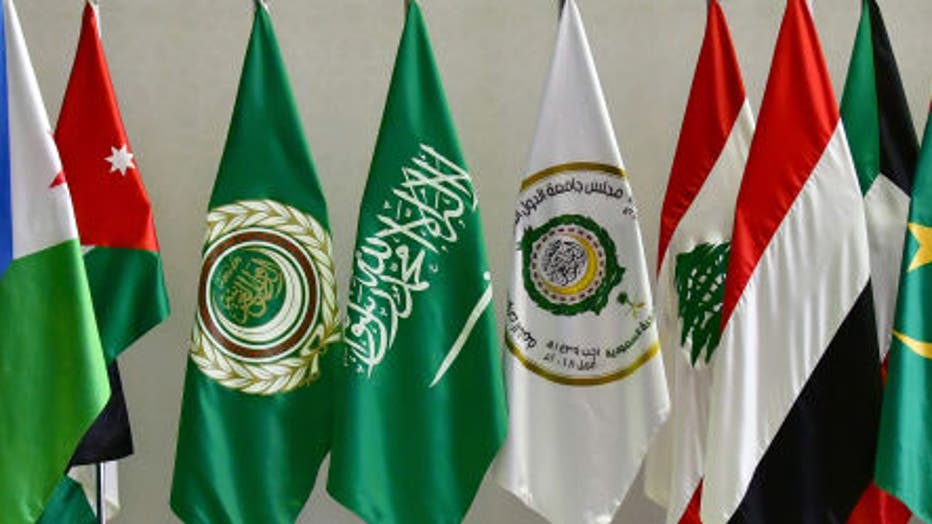 A picture taken on April 12, 2018, shows the flags of the Arab League countries during the preparatory meeting of Arab Foreign Ministers ahead of the 28th Summit of the Arab League in Riyadh. (Photo by GIUSEPPE CACACE/AFP via Getty Images)

But when it came to Africans, there was nothing. So Garvey did something about it.

Birth of the Pan-African Flag

In 1920, the United Negro Improvement Association, which Garvey help found a few years earlier, held a convention in New York City. On Aug. 13, inside the walls of Madison Square Garden, the Pan-African flag was born.

The UNIA crafted a red, black and green horizontal tricolor banner to represent unity among the African diaspora, according to the UNIA's website. 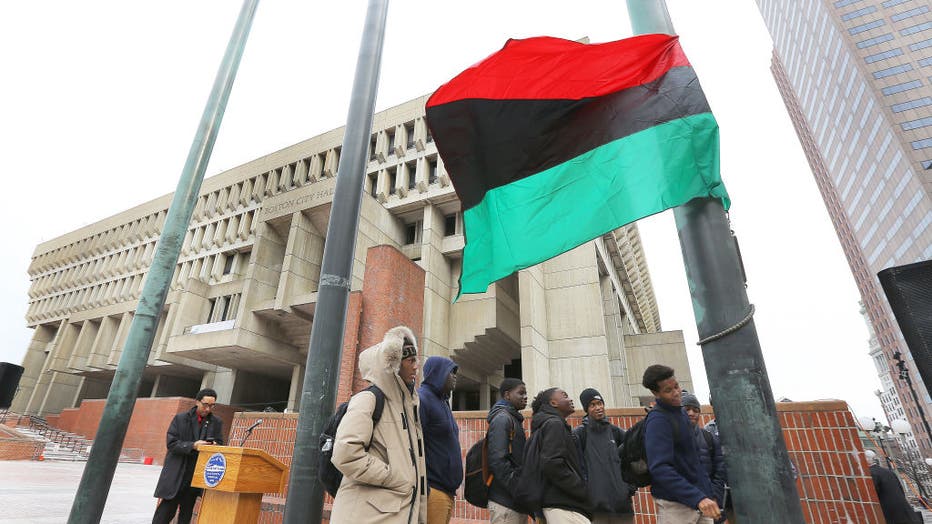 Garvey’s flag arose in response to bigotry. But across the Atlantic Ocean, another set of Pan-African colors that came about, this time through triumph and adoration.

Dr. Alem Hailu, who is an associate professor of African studies at Howard University, said the green, gold and red theme that dominates continental Africa dates back to what Ethiopia accomplished at the end of the 19th Century. 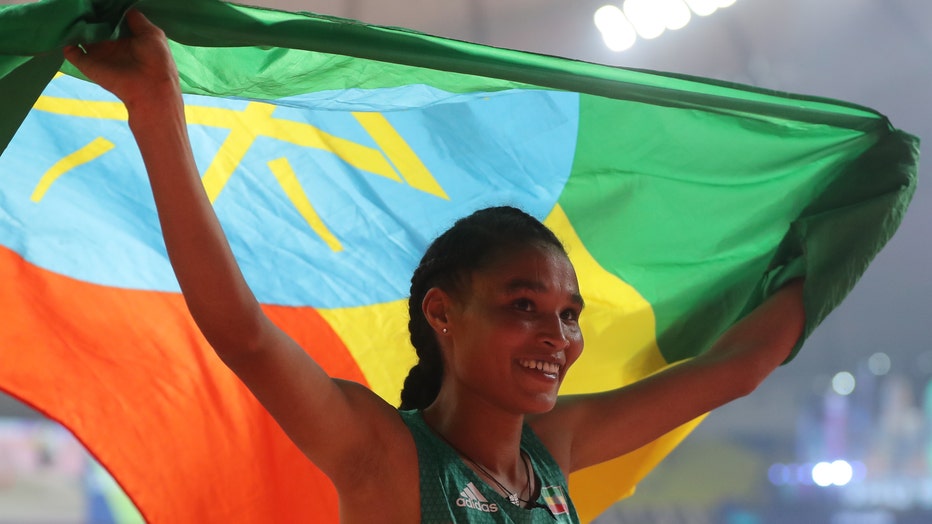 During the 1800s, Africans saw their sovereignty dwindle as European powers carved up the continent and established colonies during Scramble for Africa.

War broke out between the Ethiopians and the invading Italians in 1894. But Italy underestimated the might of the native forces and only sent an army of around 20,000.

Ethiopia had beaten a European empire, the only African country to do so, thus cementing their independence.

Outside of Italian occupation during World War II, Ethiopia is the only African country the Europeans couldn’t colonize. (Liberia was never colonized, but it had been established by the United States as a settlement for former slaves, so Europeans never tried.)

Hailu said this feat was celebrated across the world, especially within the African diaspora. Even Garvey admired the valor of the Ethiopians.

As public opinion soured on colonization and African colonies became nation-states, many of them paid homage to Ethiopia by adopting the colors of their flag.

Almost all of the sub-Saharan countries, like Mali, Cameroon, Benin, and Senegal, share that same color scheme. 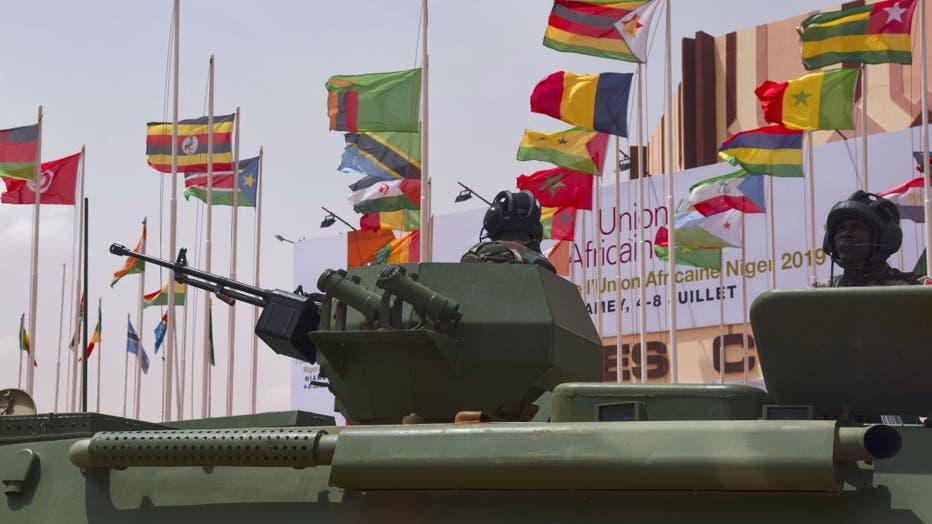 Niger's army forces patrol outside the Palais des Congres in Niamey, on July 8, 2019 during the closing ceremony of African Union summit. (Photo by ISSOUF SANOGO/AFP via Getty Images)

And some countries looked to Garvey’s flag as inspiration for their banner. Kenya, Malawi, and South Sudan all sport red, black and green.

Even Libya, who sits firmly in the Arab world and technically still flies the Pan-Arab colors, uses a flag that is nearly identical to Garvey’s. Hailu said that’s a result of former dictator Muammar Gaddafi.

Even so, a few African countries like South Africa, Zimbabwe and Mozambique found a way to incorporate both color schemes into their flags.

Pan-African colors in the modern world

Garvey’s flag has gone by many names. Some named it after Garvey himself. Others have dubbed it the Black Liberation flag, Black Nationalist flag and even the Afro-American flag.

For generations, its colors inspired a sense of unity and black pride. And in recent years, Pan-Africanism is no longer limited to the fabric of a flag. 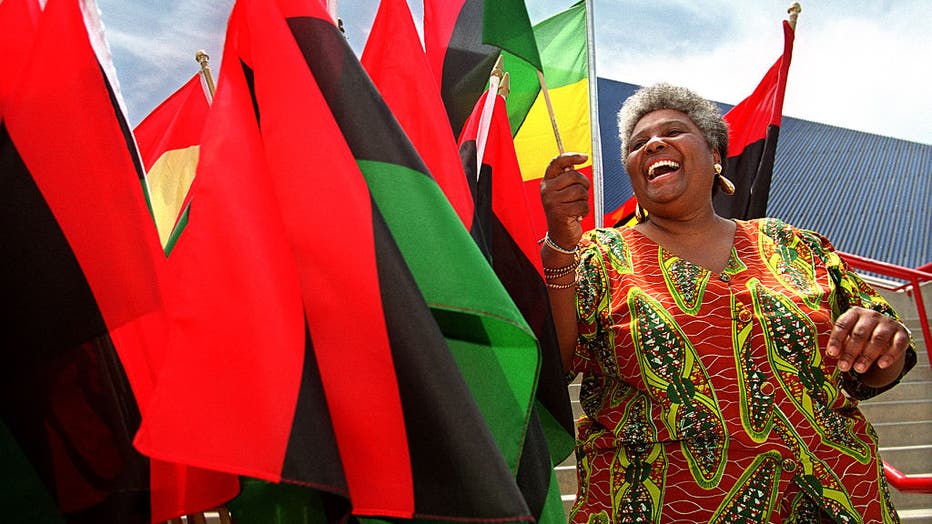 Chadwick Boseman’s character T’Challa is the Black Panther and is most often seen wearing black.

Danai Gurira plays Okoye, who is a member of T’Challa’s royal guard, the Dora Milaje. Their uniforms are red, and Okoye even wore a red dress while on a covert mission to South Korea.

Lupita Nyong'o's character is Nakia belongs to the River Tribe, who are always portrayed in green. Nakia stuck with her tribal colors on that same covert mission.

“When you see T’Challa, Nakia and Okoye in their covert looks, you see the colors of the Pan-African flag,” Coogler told Vanity Fair.

Pan-African imagery can also be found in Kwanzaa. The holiday, which is observed annually from Dec. 26 to Jan. 1, celebrates African-American culture.

A traditional kinara features seven candles: three red, three green, separated by a single black one in the middle.

As for Ethiopia’s version, the Rastafari movement has adopted it as its symbol.

Some practitioners of the religion, which was founded in Jamaica, believes final Ethiopian Emperor Haile Selassie I was the second coming of Christ, while others consider him to have been a great prophet.

For clarity, the emperor neither considered himself a god nor did he practice Rastafarianism, the BBC reported.

Garvey’s flag skyrocketed in popularity in the United States with the high racial tensions of the 1960s. And even though race relations have improved in the decades since then, it can even still be found at protests today.

It waved in the streets of Ferguson, Mo. in 2014 when protesters demonstrated against the death of Michael Brown.

When the Ku Klux Klan or Confederate sympathizers hold rallies in public spaces, counter-protesters aren’t usually far away, and neither is the Pan-African flag. 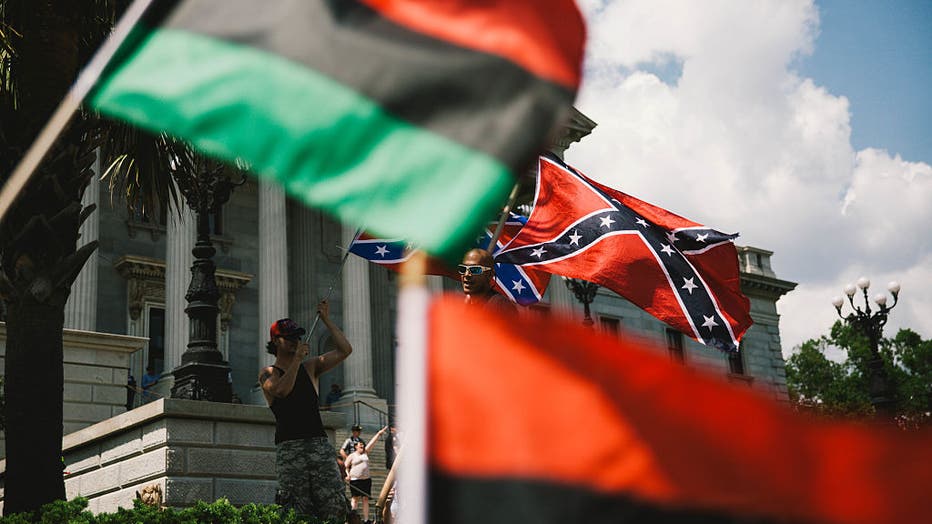 A member of the Loyal White Knights out Pelham, North Carolina, a branch of the Ku Klux Klan, is seen between two Pan-African flags during which members of the New Black Panther Party rally protested against the Klan. (Photo by NurPhoto/NurPhoto via

Garvey embodied Pan-Africanism not just through his flag, but his life’s work. The Jamaica native-inspired African decedents across the globe.

Rastafarians turned to Haile Selassie I as a religious symbol because Garvey once said, "Look to Africa where a black king shall be crowned, he shall be the Redeemer," the BBC reported.

It was Garvey who spoke of establishing a United States of Africa, a concept Gaddafi pushed for after becoming the chair of the African Union, according to the BBC.

Garvey once scoffed at the very song that mocked black people for not having a flag.

“Show me the race or the nation without a flag, and I will show you a race of people without any pride. Aye! In song and mimicry they have said, ‘Every race has a flag but the c**n.’ How true! Aye! But that was said of us four years ago. They can't say it now,” Garvey told the Africa Times and Orient Review, according to the UNIA.

Indeed, a century later, the African diaspora not only has a flag, it has two.