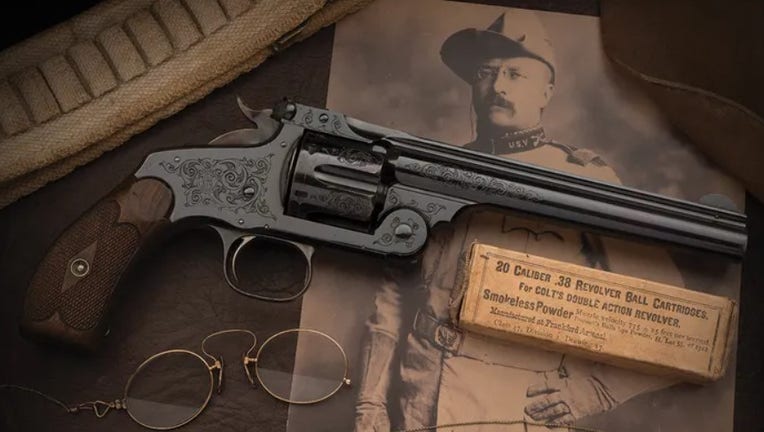 A gun belonging to former President Theodore Roosevelt was auctioned off recently for nearly $1 million.

The total realized price was within its estimated value range of $800,000 to $1.4 million, according to information shared with Fox News Digital.

Rock Island Auction Company is based in Illinois.

Joel Kolander, interactive production manager, said in an interview that this price is historically high for a collectible firearm. He also described the iconic gun as being in "fantastic condition" even though it's well over a century old.

"We're thrilled any time a gun approaches that million-dollar mark," he said of the collectible. 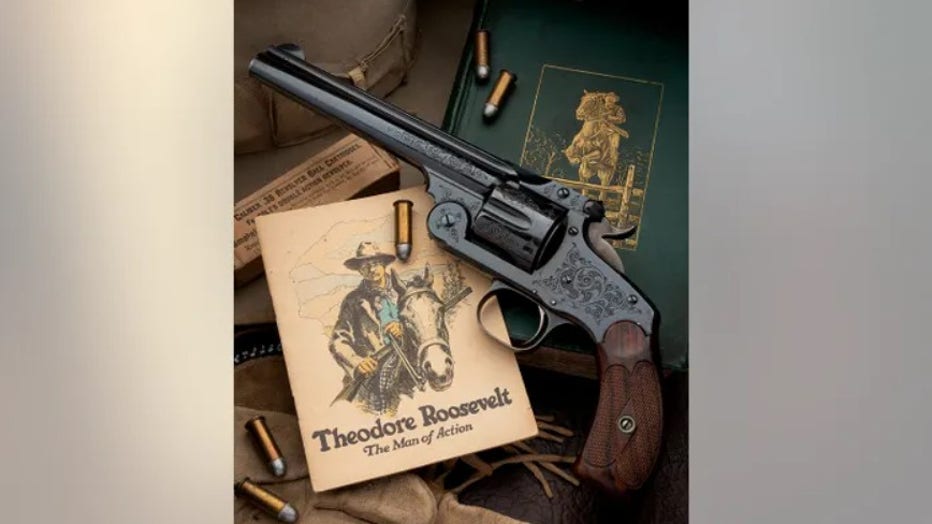 "A few years ago that was almost unthinkable, so firearms as a collecting genre has really come a long way."

That was the same day he left for San Antonio to train the Rough Riders, according to Rock Island.

Even though the intention was to carry this revolver into war against Spain, documentation from Roosevelt’s bodyguard revealed that the president instead kept the gun on his bedside table.

The revolver became known in the White House as a "nightstand gun."

Ahead of the auction, Kolander mentioned that many of these historic items are often undervalued.

This is, in part, because they’re an "atypical canvas," compared to other collectibles such as luxury cars or sports memorabilia.

AUCTION AMAZEMENT: BRITISH MAN TO SELL OFF COLLECTION OF AUTOGRAPHS FROM ALL 46 US PRESIDENTS

"You can be involved in several different genres of collecting and still have firearms appeal to you," he said. 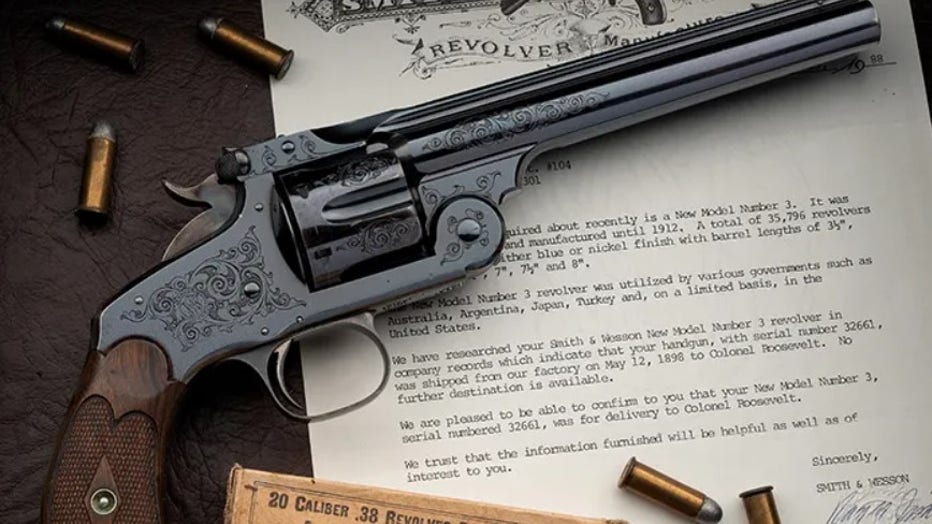 "So, their undervaluing is really a little bit of a bewilderment to me," he also said.

And when it comes to Roosevelt's gun, Kolander explained that it's priced "remarkably low" compared to other genres, especially since it's an item that belonged to one of the most famous presidents in U.S. history.

He added that the revolver "also has a pretty intrinsic value as a high art object."

"It shows both how far fine arms have come in recent years and how far there is to go," he said.

Rock Island Auction Company wrapped up its weekend-long auction with a volume of more than $18.3 million.

"Over the span of three days, history was brought to life, with immense firearms artistry on display, and one of the most historic lineups to date," the company said in a statement to Fox News Digital.

"This sale had it all: rarity, beauty, history and so much more." 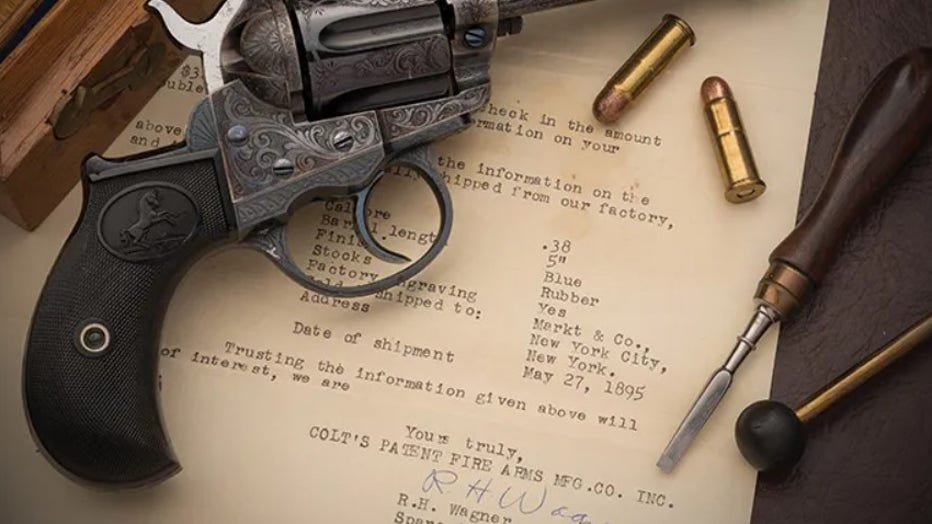 Rock Island specializes in selling fine and collectible arms as the no. 1 firearms-based auction house in the world.

Rock Island has been at the "top of the industry" since 2003, Kolander said. 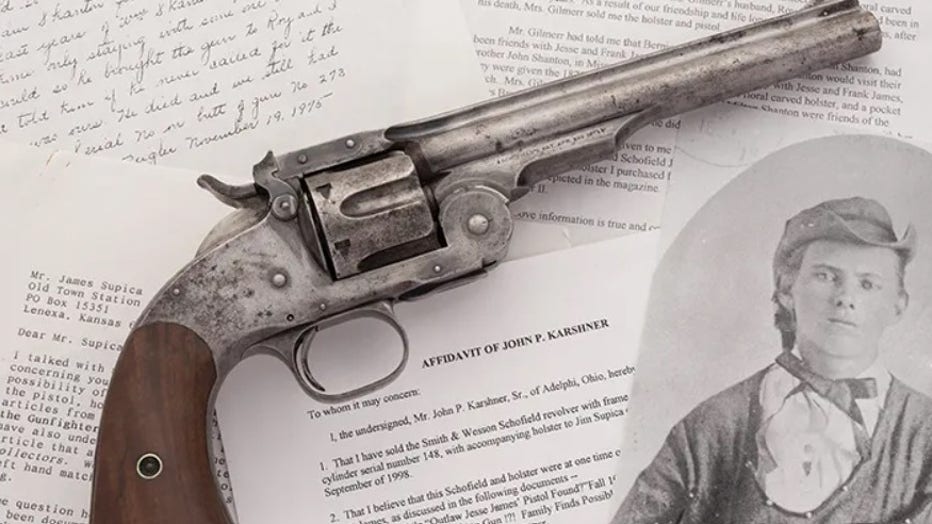 It continues to sell collectibles such as swords, military artifacts and western art.

"There’s an opportunity [for bidders] in the firearms collectibles field," he said.