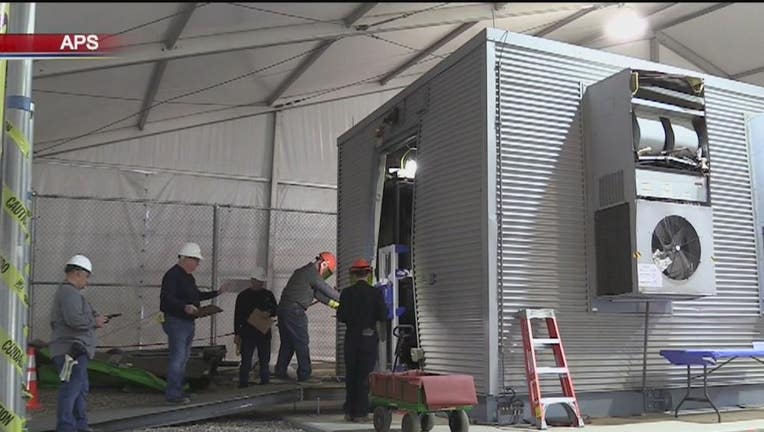 PHOENIX (AP) - A “thermal runaway” likely caused the April 2019 explosion at a battery storage facility west of Phoenix that injured eight Peoria firefighters, according to a new report.

Authorities responded to a report of smoke at the McMicken Energy Storage facility in Surprise and called for more resources after realizing hazardous materials may have been involved.

Peoria Fire: 4 firefighters recovering after being hurt in explosion

Fire officials in Peoria say four firefighters are hurt while working on a battery fire at an APS facility.

The firefighters were evaluating the lithium battery when an explosion hospitalized them with chemical and chemical-inhalation burns.

The report said the fire suppression system kicked on like it was supposed to, but it was only designed to handle an ordinary fire.