NORMAN, Okla. - Oklahoma opens its college football season with a matchup against UTEP. Coverage kicks off at 3:30 p.m. ET Saturday on FOX.

The ninth-ranked Sooners will host the Miners in Norman, Oklahoma. The storied program starts a new chapter with new Sooners head coach Brett Venables who helped build dominant defenses in 26 years as an assistant coach at Kansas State, Oklahoma, and Clemson. 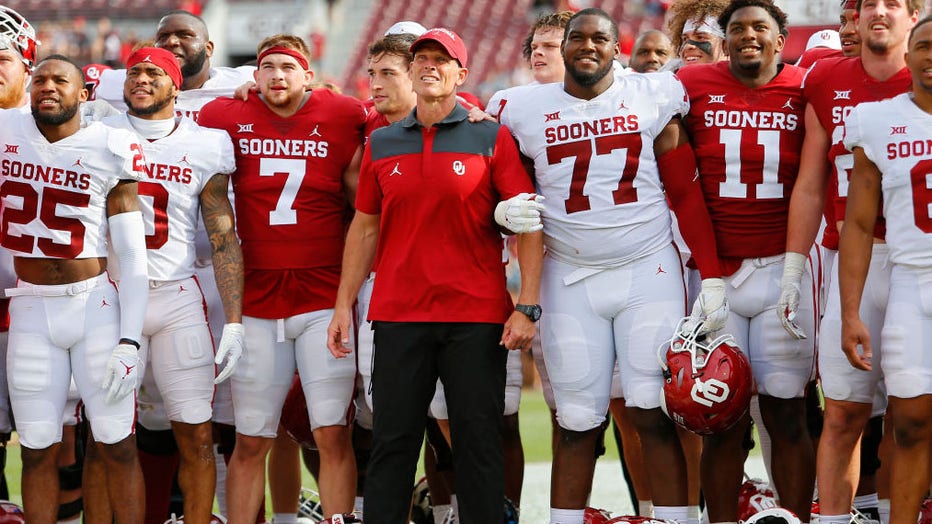 Head coach Brent Venables of the Oklahoma Sooners stands with his team for the alma mater during their spring game at Gaylord Family Oklahoma Memorial Stadium on April 23, 2022 in Norman, Oklahoma. (Brian Bahr/Getty Images)

Oklahoma’s offense is still expected to be explosive with their talent at the skill positions as they face a UTEP defense that struggled in their loss to North Texas.

Former Central Florida quarterback Dillion Gabriel transferred to Oklahoma and has a lot of talent passing from the pocket and his running ability. He’s already passed for 70 touchdowns and more than 8,000 yards in his career.

Gabriel has a weapon on the perimeter with wide receiver Marvin Mims who is an explosive playmaker. Mims caught 32 passes for 705 yards and five scores last season.