New York City honored essential workers with a parade along the Canyon of Heroes in Manhattan.

NEW YORK - Thousands of people marched along the street and waved from 14 floats moving up the Canyon of Heroes on Wednesday as New York City honored all pandemic essential workers with the ‘Hometown Heroes Parade.’

"Thank you to the doctors, thank you to the technicians, everyone who made the hospitals work in this crisis, you are our heroes," de Blasio shouted to the crowds. "Thank you!"

The festivities began at 11 a.m. at Battery Park and continued along Broadway to City Hall. A previously planned ceremony at City Hall to close out the parade was scaled down due to the extreme heat gripping the city.

With a heat advisory in effect throughout the day, the city added cooling and water stations.

Spectators lined the streets of Lower Manhattan to honor hometown heroes and celebrate the return of one of the city's most cherished traditions: a ticker-tape parade. Pride, hope, and gratitude were some of the overwhelming feelings from the spectators.

"They deserve a march down the Canyon of Heroes because it’s something that is reserved for the greatest folks in history. Well, here are some of the folks who made history in New York City’s toughest hour," de Blasio said.

Fewer people attended the parade compared to in years past as many workers were not yet back in the office buildings that line Broadway.

Marchers and floats made their way up the Canyon of Heroes to salute all essential workers.

Sandra Lindsay, a Northwell Health critical care nurse from Queens who was the first person in the United States to receive the vaccine for the coronavirus, was the parade's grand marshal.

"I am humbled and honored to be serving in this capacity… What a difference a year makes," Lindsay said. "Fifteen months ago, we were in a much different place but thanks to the heroic efforts of so many – health care workers, first responders, frontline workers, the people who fed us, the people who put their lives on the line, we can’t thank them enough."

Critical care nurse Sandra Lindsay, the first person in the United States to receive the vaccine for coronavirus, will lead the Hometown Heroes Parade.

"They are only honoring a tiny portion of the heroes today, there are so many people that can't be here because they are where you would expect them to be, in the hospitals, and the grocery stores, on transit," said Laura Guerra, director at NYC Test and Trace. 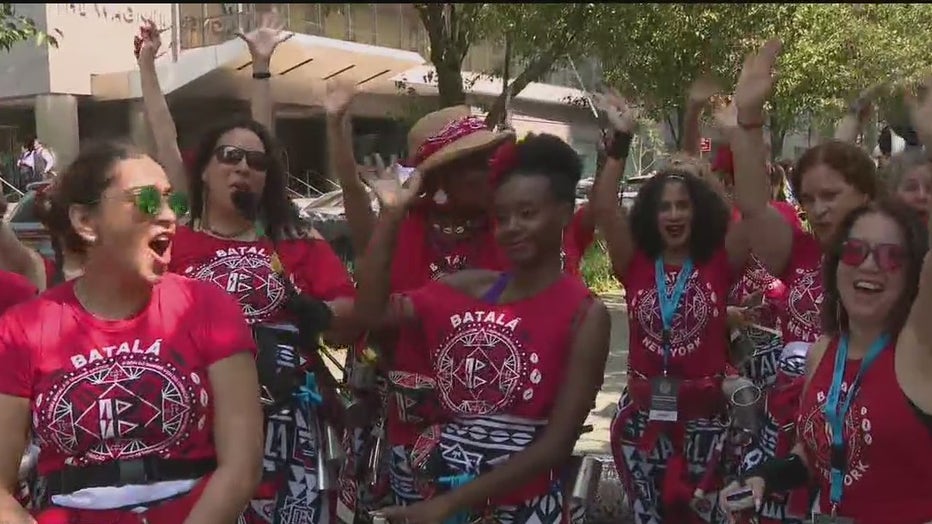 Those attending the parade were encouraged to use mass transit as parking was not allowed near the parade route.

The last time New York City held a ticker-tape parade was on July 10, 2019, for the U.S. Women's Soccer team after their victory at the FIFA Women's World Cup. The first parade was held more than 130 years ago. 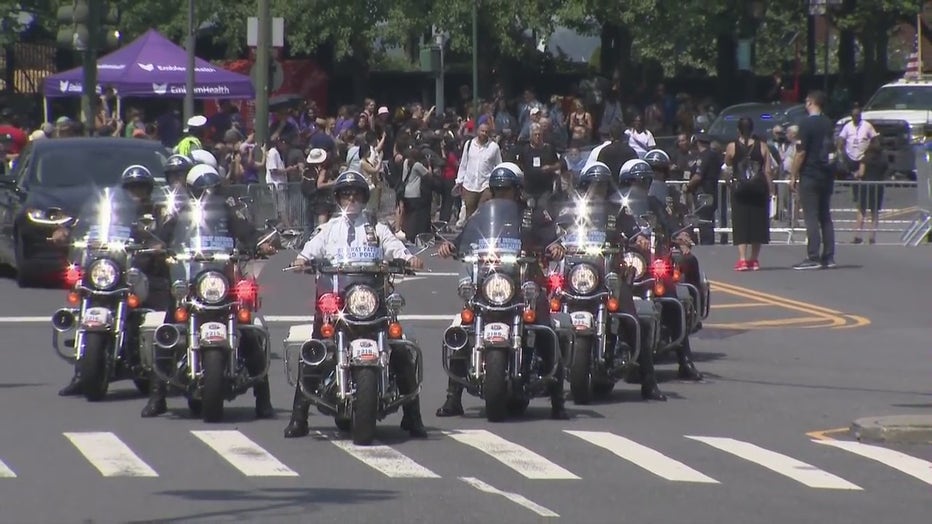 The NYPD lead the parade participants up the Canyon of Heroes. (FOX 5 NY)

The route got its name for the tall skyscrapers that line the street and the heroes that have been the honorees of parades over the years.  There are hundreds of black granite plaques in the sidewalk along the route that list every ticker-tape parade held in New York City along with the date and the event or person celebrated. 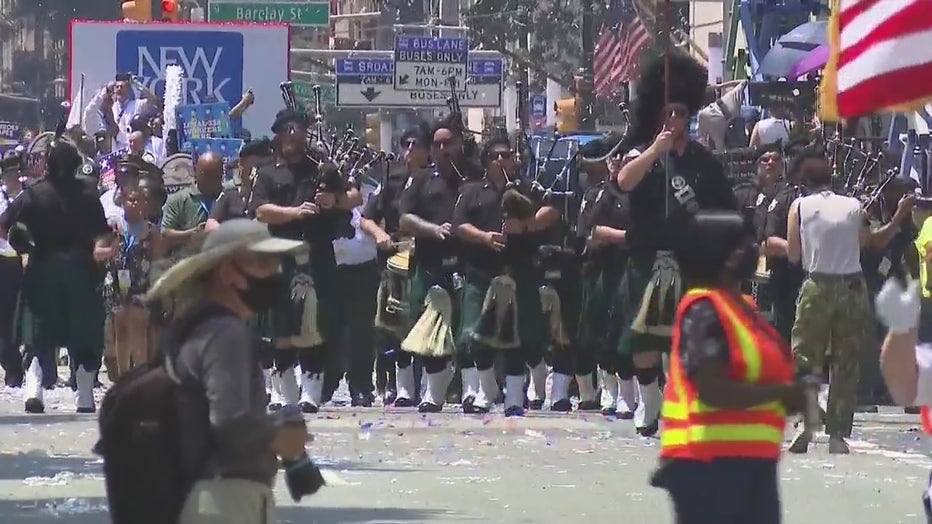 Pipes and drums make their way up Broadway from Battery Park to City Hall. (FOX 5 NY) 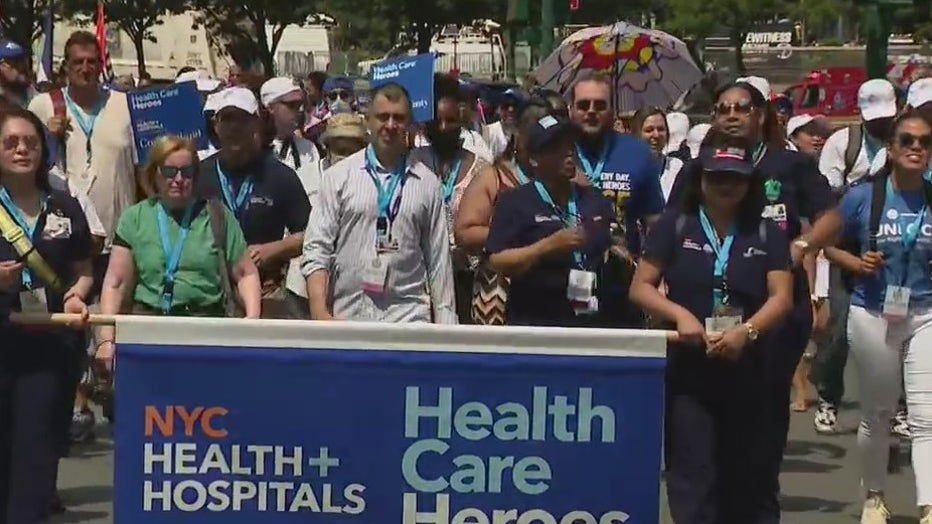