SKY4 spotted the limo Joe Exotic booked to pick himself up from a prison in Tarrant County on Tuesday if he gets pardoned by President Donald Trump.

Joseph Maldonado-Passage, aka Joe Exotic, is expecting a presidential pardon from Donald Trump.

Exotic was made famous last year by the Tiger King miniseries on Netflix and has been very public in his seeking of a pardon.

SKY4 spotted the limo he booked to pick himself up from a prison in Tarrant County parked outside of his attorney's office on Tuesday afternoon in Fort Worth.

His legal team also said Exotic, if pardoned, would get properly dressed and styled before speaking publicly. 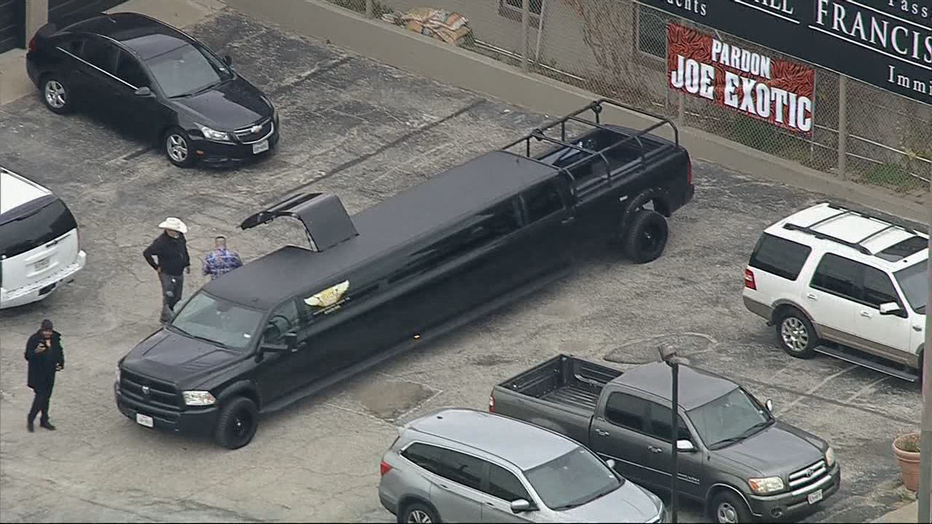 Exotic was convicted and sentenced to 22 years in prison for a murder-for-hire plot involving nemesis Carole Baskin as well as violating wildlife laws in the selling and death of some tigers.

Exotic’s attorneys filed a pardon application with the Department of Justice back in September.

Trump is expected to pardon or commute the sentences of more than 100 people before leaving office on Wednesday.