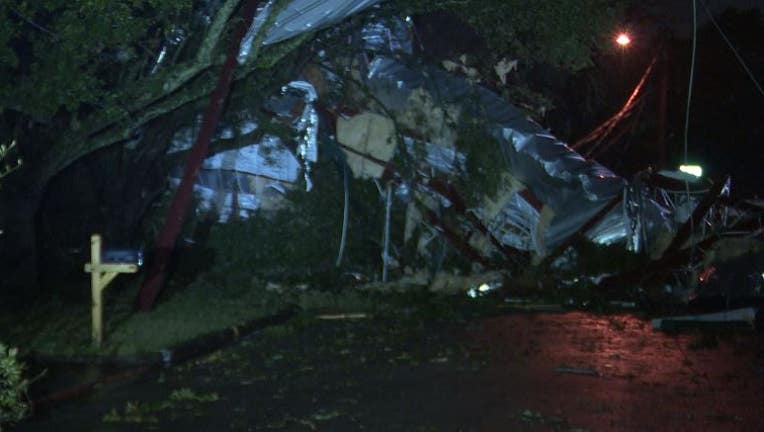 HUMBLE, Texas - Residents of Humble and Montgomery, Texas were shaken by a tornado overnight Sunday, damaging several structures, trees, and power lines throughout the area.

The National Weather Service (NWS) described the tornado in Humble as an EF-1, which involves high winds moving up to 110 miles per hour. No injuries were reported, but crews spent several hours clearing up and removing knocked-down trees and debris off the streets. 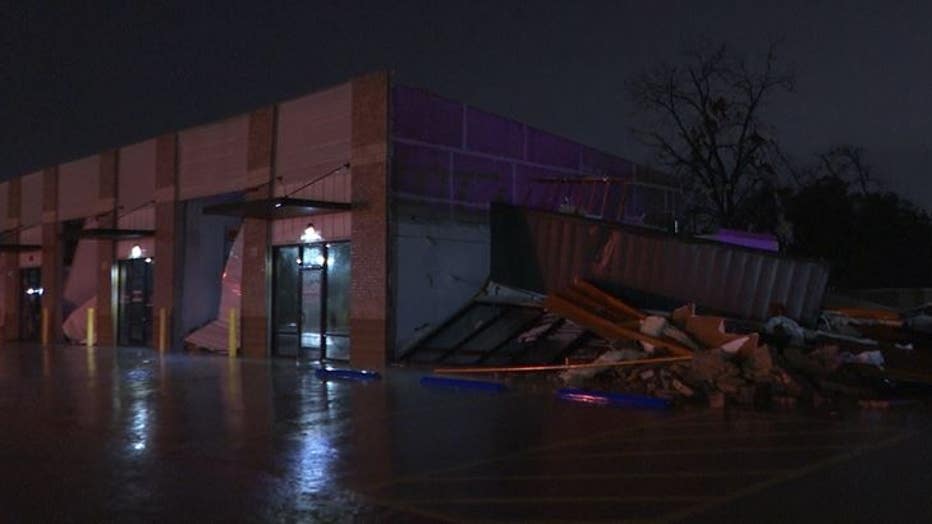 One home in the 7600 block of Pine Hollow, for example, had a tree come down in the front yard. Several other trees came down through the North Hollow neighborhood.

"The house just shook when it happened and this was like around 1:30 a.m., almost 1:40 a.m.," Priscilla Mara, a North Hollow resident said. "We were just watching movies, actually. So when that happened, it just, it gave us a big fright, like it scared us to death." 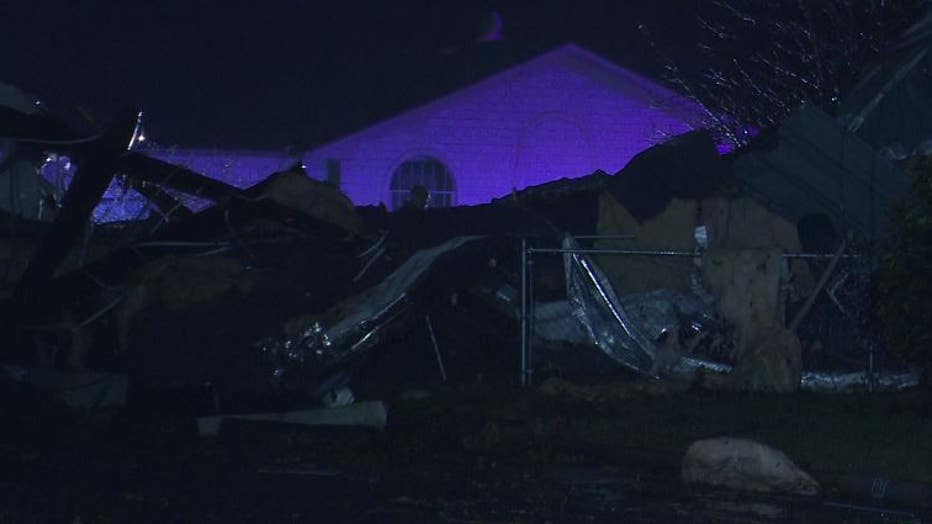 A second tornado touched down in Montgomery County, which the NWS classified as EF-0, meaning less severe than the one in Humble, as winds are much lighter, moving up to 65 miles per hour.

It made headway around 10 p.m. where our cameras saw several locations with roof damages, perimeter fences and trees knocked down. Nearly 4,700 people were without power as a result. 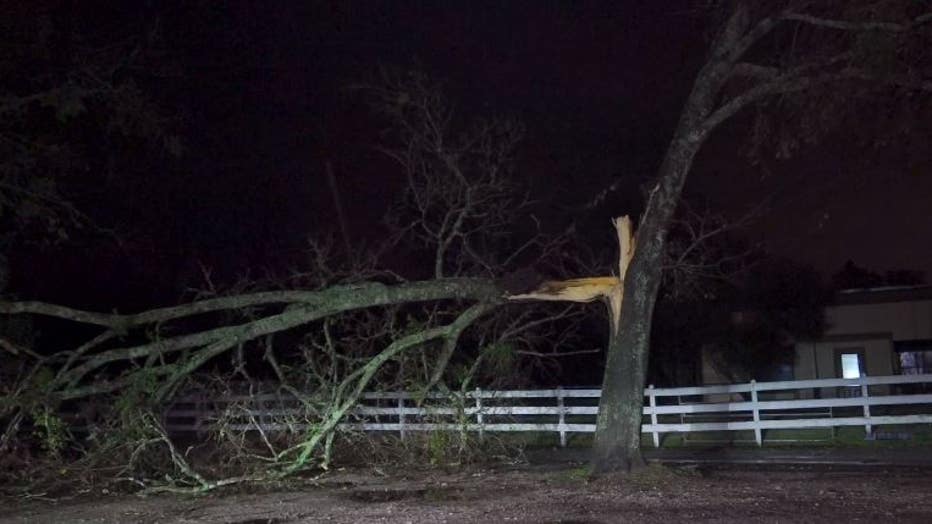