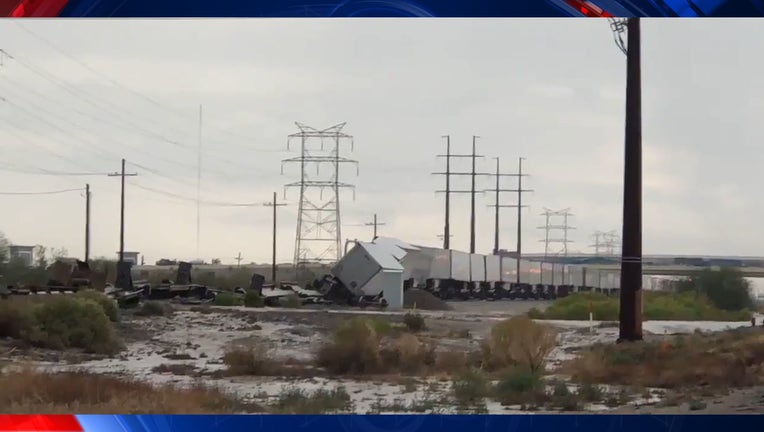 MARANA, Ariz. (AP) - Rail traffic resumed Wednesday through a derailment site in Marana on the outskirts of Tucson on Union Pacific tracks that are a main freight route between Texas and California.

Crews worked overnight to clear one of the two tracks, allowing train traffic to resume through the derailment site at reduced speeds. Work on the second track continues.

Running water was reportedly on the tracks when firefighters arrived at the derailment site, but Union Pacific spokesman Jeff DeGraff said cause of the derailment remains under investigation.

DeGraff said the derailed cars carried consumer and manufactured goods but that no hazardous materials were released or involved in the derailment.

Arizona's monsoon season runs from mid-June to the end of September.