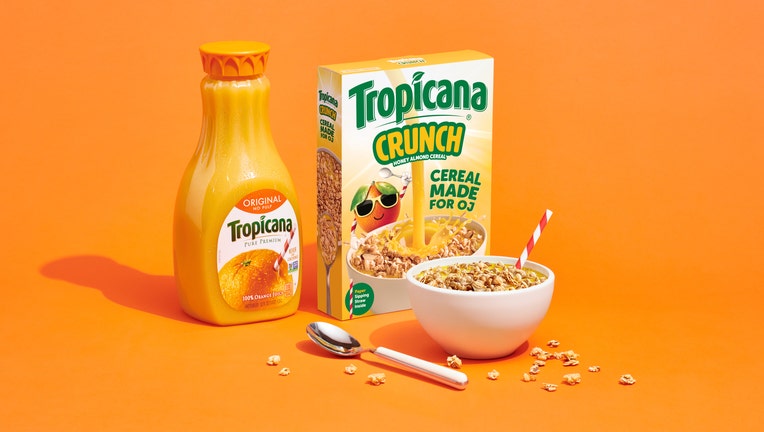 For those orange juice enthusiasts out there — boy does Tropicana have a product for you. The company is planning to drop its first box of cereal that they claim will go perfectly with their orange juice.

Earlier this year, Tropicana conducted a survey in partnership with Wakefield Research and found that among the 1,000 participants, 1 in 3 said they’ve actually tried orange juice on their cereal "because they love OJ," a Tropicana spokesperson told FOX TV Stations.

"Tropicana is introducing Tropicana Crunch, the first-ever breakfast cereal created to pair with Tropicana Pure Premium so you can sip your sunshine and eat it, too," the company said.

The inspiration for the granola-based cereal was so it would not get soggy quickly, a company spokesperson told FOX TV Stations. Orange juice is particularly acidic and regular cereal flakes would dissolve too quickly, the company claimed.

Tropicana also tried different flavor pairings such as fruity or berry flavors and even cinnamon and sugar-flavored cereals but none were as pleasing to the palette as the honey almond flavor, the company added. 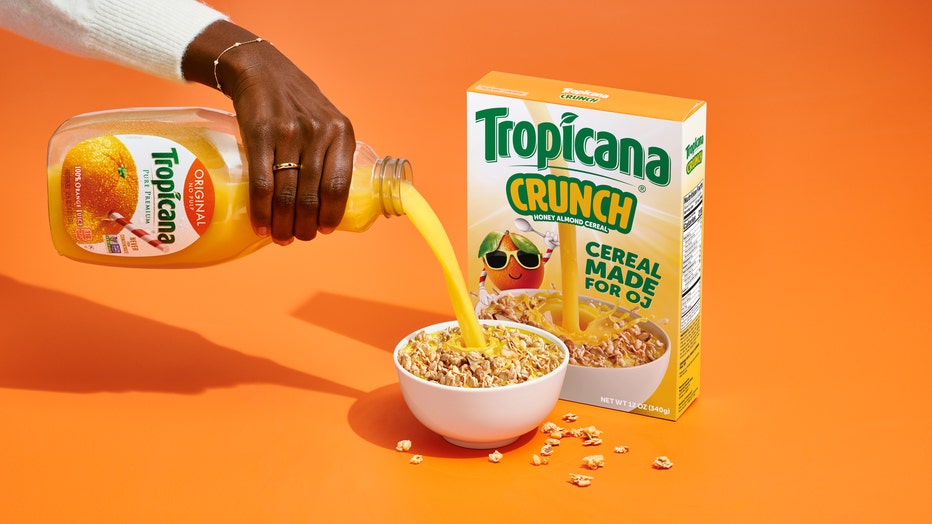 "The taste attribute of the honey almond flavor helps balance the tartness of orange juice, making it a great palette pairing," a spokesperson said.

Tropicana Crunch will be available for purchase beginning May 4 while supplies last.

The cereal will be sold only on Tropicana’s website, so mark your calendars because once they’re gone — they’re gone.

"Whether you loved it or loathed it, at least you can say you tried it, and we’re asking consumers to share their thoughts once they’ve put it to the test using #TropicanaCrunch and tagging @Tropicana_Juices on Instagram or @Tropicana on TikTok," the company said.