DAVOS, Switzerland - President Donald Trump is leaving the World Economic Forum in Switzerland with bullish talk on the American economy and lashing out at his Senate impeachment trial back in Washington.

Trump called a surprise news conference Wednesday to mark a "tremendous two days" at the glitzy summit of world leaders and financiers in Davos, which has served as a respite from the trial underway in Washington.

"It's such a hoax," Trump said of the impeachment case against him. "I think it's so bad for our country." 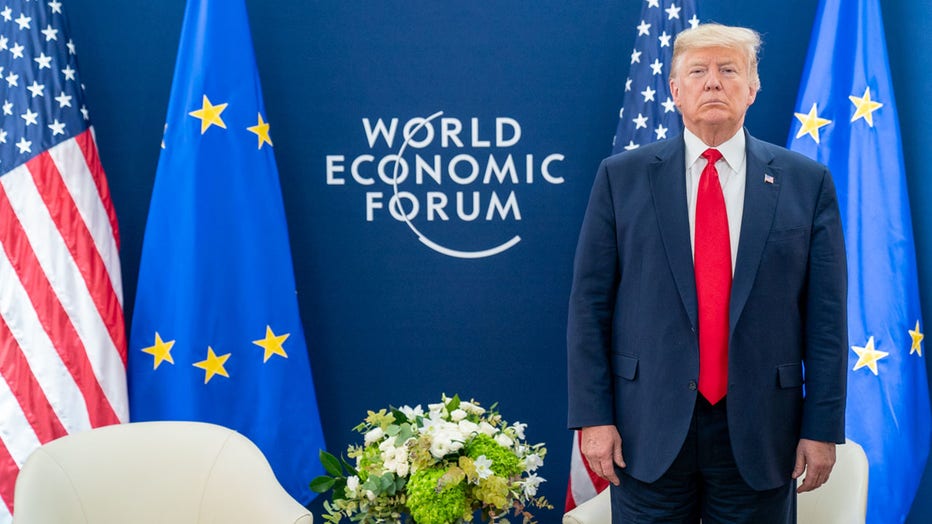 President Donald J. Trump prepares for his meeting with the President of the European Commission Ursula von der Leyen during the 50th Annual World Economic Forum meeting Tuesday, Jan. 21, 2020, at the Davos Congress Centre in Davos, Switzerland. (Off

Trump gave his legal team high marks after more than 12 hours of arguments on procedural motions Tuesday in which Republicans blocked Democratic efforts to immediately call witnesses and subpoena documents. But Trump said he wanted to see his aides, including former national security adviser John Bolton and acting chief of staff Mick Mulvaney, testify in the Senate.

"Personally, I'd rather go the long route," he said, referring to calling witnesses in the Senate trial, before suggesting that there were "national security" concerns to allowing their testimony.

A resolution passed early Wednesday by a party line vote allows the Senate to consider calling witnesses only after both sides in the impeachment trial present their cases.

"I thought our team did a very good job," Trump said, saying he watched some of the proceedings. He praised White House Counsel Pat Cipollone's "emotion" on the Senate floor, adding, "I was very proud of the job he did."

Trump repeated his attacks on Democratic House managers serving as prosecutors in the trial, saying that he'd like to "sit right in the front row and stare at their corrupt faces" on the Senate floor during the trial but that his attorneys might have a problem with it. 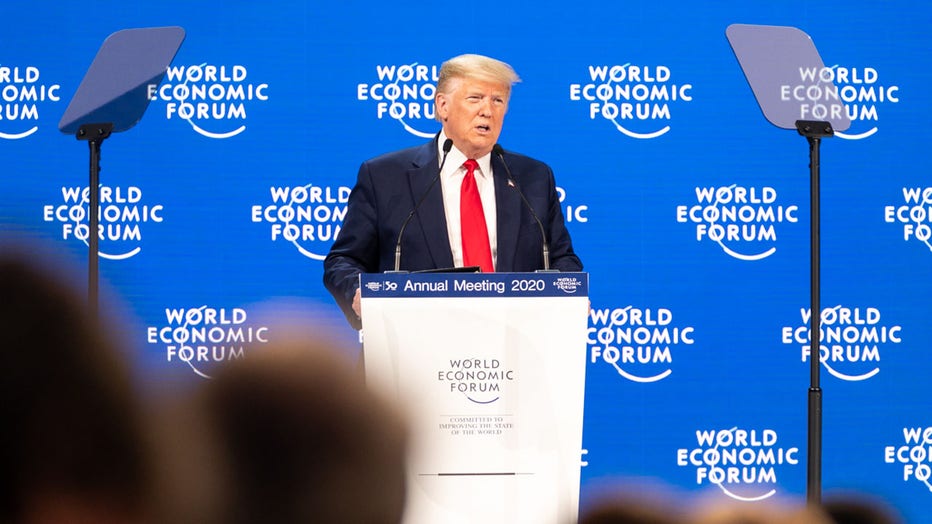 Democrats say Trump abused his power in his dealings with Ukraine and obstructed Congress in its investigation. Trump denies doing anything wrong.

Trump opened his news conference with triumphant talk on the American economy and said he is pushing for "very dramatic" changes to the World Trade Organization. He called on Roberto Azevedo, the director general of the international organization, who said "has to be updated."

Azevedo acknowledged that "the system has not been functioning properly in many areas."

"We are committed to effect those changes, and this is something we are serious about," he added. 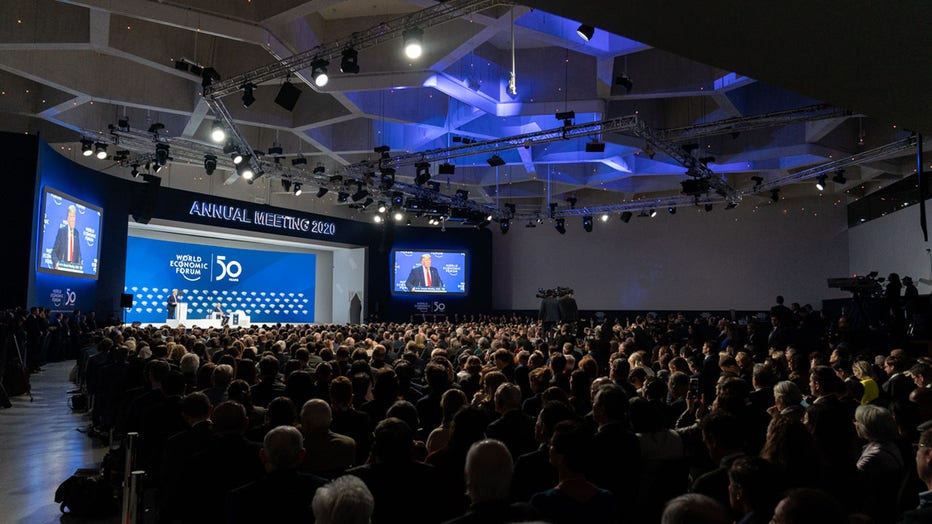 Trump had announced the unexpected availability during a meeting with Iraqi President Barham Salih.

Trump arrived in Davos on Tuesday. He addressed the forum and over two days has held meetings with leaders from the European Union, Iraq and Pakistan, among others.

The Republican president said in most of his meetings that trade was on the agenda.